“The body of ideas known as Stoicism contains some of the finest and most durable wisdom of any age. The Stoics were deep students of fear, status, emotion, and much else that bedeviled the human race thousands of years ago and bedevils it still. They were philosophers of a down-to-earth sort, seeking by force of their insights to free ordinary people from their sufferings and illusions. The Stoics had their limitations, of course; they held some beliefs that very few people do anymore. But in other ways they were far ahead of their times. They said a number of the best things that anyone ever has.

The teachings of the Stoics are as interesting and valuable now as when first written—maybe more so, since the passage of two millennia has confirmed so much of what they said. The idiocies, miseries, and other discouragements of our era tend to seem novel or modern; hearing them described in a classical dialogue reminds us that they are nothing new. That itself was a claim of the Stoics: that the stories and problems of humanity don’t change, but just put on new masks. The same can be said for the remedies. The most productive advice anyone offers nowadays, casually or in a bestseller, often amounts to a restatement of something the Stoics said with more economy, intelligence, and wit long ago. The reader does better by going straight to the sages.”

~ Ward Farnsworth from The Practicing Stoic

I got this book after our team was trading messages with Donald Robertson—author of The Philosophy of Cognitive Behavior Therapy and How to Think Like a Roman Emperor.

We were setting up an interview and he mentioned an event on Modern Stoicism he was producing. One of the speakers at that event was Massimo Pigliucci. Really enjoyed his great book How to Be a Stoic. Another speaker was William B. Irvine. Love him and his books. (See Notes on A Guide to the Good Life and The Stoic Challenge.) Another prospective speaker was Ryan Holiday. Of course, love Ryan and our collection of Notes on *his* great books: The Obstacle Is the Way, Ego Is the Enemy, The Daily Stoic, and Stillness Is the Key.

And… Another speaker was Ward Farnsworth. The name rang a vague bell. I Amazoned him and found this book. Of course, got it. And, here we are.

As you probably know by this stage, I’m a big fan of (and aspiring practitioner of!) of Stoicism. You’d think I’d get a little tired of reading books on Stoicism after creating quite a few Notes on the subject but the wisdom simply never gets old. It’s curiously inspiring and rewarding to study Seneca and Epictetus and Aurelius from slightly different perspectives—providing an opportunity to deepen my understanding of the subject while getting more clarity on how to best integrate their wisdom into my own life and into our evolving Optimize approach.

In fact, my love of ceaselessly immersing myself in Stoic (and all) wisdom makes me think of Aurelius who told us: “Your mind will be like its habitual thoughts; for the soul becomes dyed with the color of its thoughts. Soak it then in such trains of thoughts as, for example: Where life is possible at all, a right life is possible.“

Back to Ward Farnsworth. He’s the Dean of the University of Texas School of Law. As you can imagine, he brings a logical precision to his discussion of Stoicism that is distinct and powerful. (Seriously. It’s actually ASTONISHINGLY powerful.) I really enjoyed the book and I highly recommend it for the aspiring Practicing Stoic. (Get a copy here.)

Of course, it’s PACKED with Big Ideas and ancient Stoic wisdom we can apply to our modern lives. I’m excited to share some of my favorites, so let’s jump straight in. 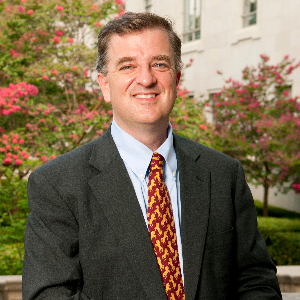