“It wouldn’t have mattered whether you were a pupil at the feet of Confucius in 500 BC, a student of the early Greek philosopher Democritus one hundred years later, or sitting in Epicurus’s garden a generation after that—you would have heard equally emphatic calls for this imperturbability, unruffledness, and tranquility.

The Buddhist word for it was upekkha. The Muslims spoke of aslama. The Hebrews, hishtavut. The second book of the Bhagavad Gita, the epic poem of the warrior Arjuna, speaks of samatvam, an ‘evenness of mind—a peace that is ever the same.’ The Greeks, euthymia and hesychia. The Epicureans, ataraxia. The Christians, aequanimitas.

To be steady while the world spins around you. To act without frenzy. To hear only what needs to be heard. To possess quietude—exterior and interior—on command.

To tap into the dao and the logos. The Word. The Way.

Buddhism. Stoicism. Epicureanism. Christianity. Hinduism. It’s all but impossible to find a philosophical school or religion that does not venerate this inner peace—this stillness—as the highest good and as the key to elite performance and a happy life.

And when basically all the wisdom of the ancient world agrees on something, only a fool would decline to listen.”

~ Ryan Holiday from Stillness Is the Key

This is our fourth Note on one of Ryan Holiday’s books. We started with The Obstacle Is the Way. Then Ego Is the Enemy. Then The Daily Stoic.

And, now, Stillness Is the Key.

Ryan is one of my absolute favorite writers. One of the testimonials in the front of the book perfectly captures my sentiment. Screenwriter and director Brian Koppelman (Rounders, Ocean’s Thirteen and Billions) puts it this way: “I don’t have many rules in life, but one I never break is: If Ryan Holiday writes a book, I read it as soon as I can get my hands on it.”

(btw: Cal Newport’s the first testimonial. He says: “Some authors give advice. Ryan Holiday distills wisdom. This book is a must read.”)

Penguin Random House sent me an advance copy of this book. Thanks (again!) guys. As I knew it would be: It’s fantastic. (Get a copy here.)

Of course, the book’s packed with Big Ideas and I’m excited to share some of my favorites so let’s jump straight in!

Side note: I haven’t chatted with Ryan about it yet (I’m interviewing him in a couple days and I’ll test my hypothesis) but my guess on one of his next books: Being a Dad. I just learned about his fantastic site and newsletter: DailyDad—which is a sort of Dad version of his DailyStoic site and newsletter. Highly recommend both. In fact, those are the only two daily emails I receive after returning to email post burning the hermitage.) 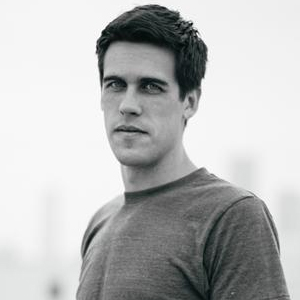