“Coach Kenny and Matthew Simonds take you on a journey into the soul of a man, the challenges that we all face and the system of success that has helped create champions in sports, business, and life.

Mental Performance Mastery is the system that helped Coach Kenny and will serve Matthew Simonds in pursuit of becoming more so that he can give more.

It’s the same system that will serve you in your pursuit of becoming the best you that you’ve ever been so you can start living the optimal life that you envision and win more every day.”

~ Brian Cain from The 10 Pillars of Mental Performance Mastery

Brian Cain is one of the world’s greatest mental toughness coaches.

To put it in perspective, he’s George St-Pierre’s mental toughness coach. GSP is one of the all-time great UFC fighters. (Check out our Notes on his great book The Way of the Fight.)

He’s also a friend and longtime student of mine who has his clients read PhilosophersNotes to go to the next level.

Brian recently visited me and the Johnson fam out here in the country outside of Austin. The kids and wifey and I had fun learning how to eat fire and break an arrow with our necks and do other fun things we didn’t think we could do.

He’s easily tied for first as the most inspiring, energized human being I know and today I’m excited to chat about one of HIS great little books.

This book is a fable about a guy (Matthew Simonds) who’s going through a rough patch in his life who has the good fortune of sitting next to a guy (Coach Kenny) on a plane who happens to be a former Olympian turned coach who changes his life by teaching him the 10 Pillars of Mental Performance Mastery. (Get a copy of the book here.)

Imagine a fable-like Paulo Coelho’s Alchemist or Robin Sharma’s The Monk Who Sold His Ferrari or Dan Millman’s The Way of the Peaceful Warrior (somehow I haven’t done Notes on that book yet but check out all the Notes on his other books!) only written by one of the world’s best mental toughness coaches.

It’s PACKED with wisdom. I read it in a day and I’m excited to share some of my favorite Big Ideas. So... Let’s jump straight in!

P.S. Coach Kenny’s full name is Kenneth John Henry Johnson. I knew the “Kenneth” part must be Brian’s beloved mentor Ken Ravizza because I knew that Brian TATTOOED Ken’s silhouette on his chest as a permanent memorial.

I thought the “Johnson” part was interesting but didn’t assume it had any connection to me. I texted Brian as I was creating this Note to check-in. He told me that I better believe Coach Kenny’s last name was inspired by me. Goosebumps. Bless you, Cainer. Honored. Let’s go. 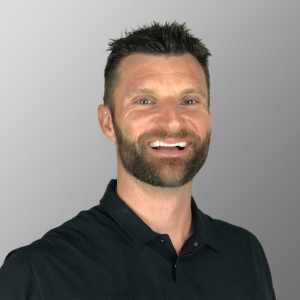