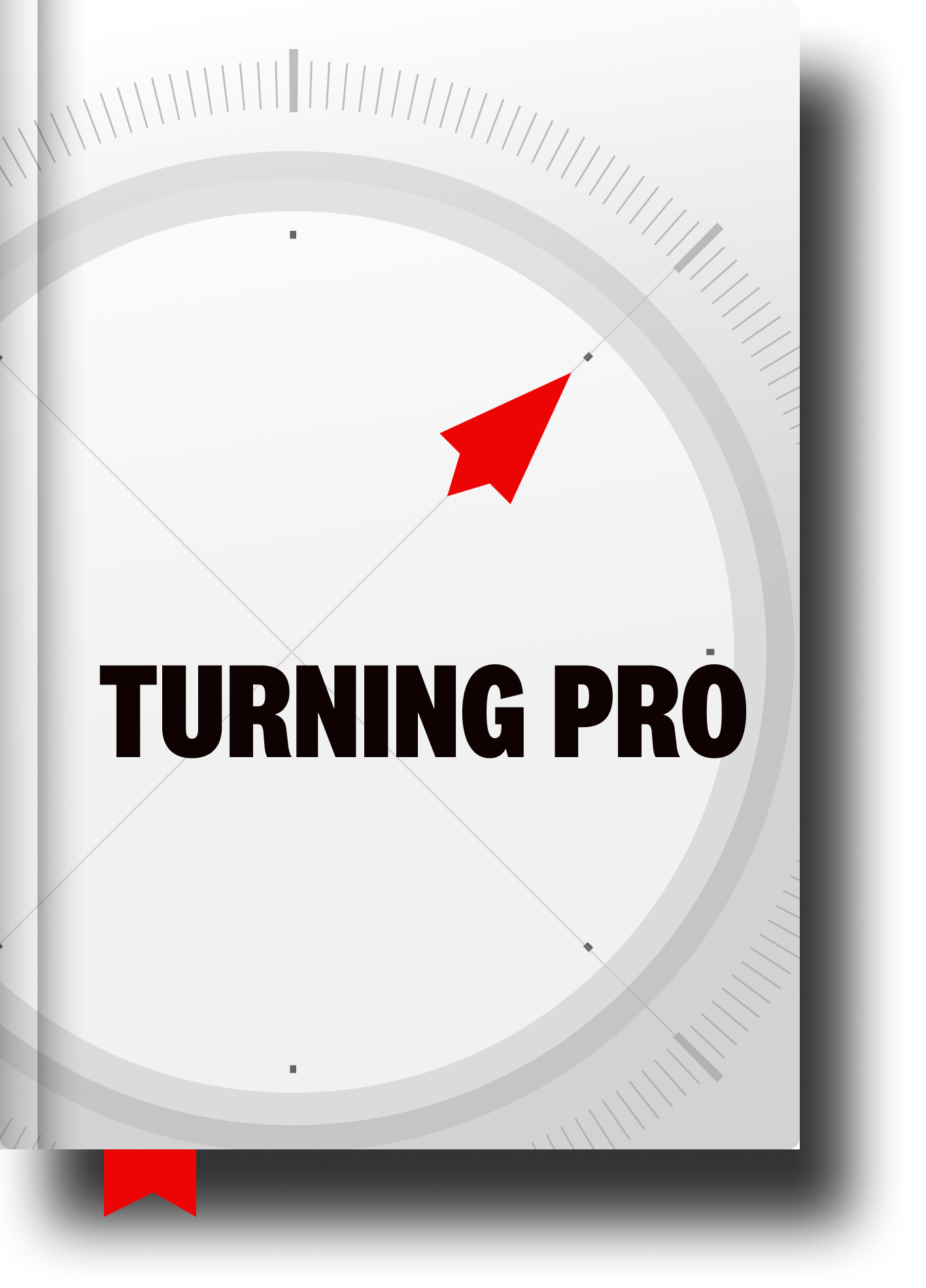 The other day I watched the documentary on Fred Rogers (aka Mister Rogers) called Won’t You Be My Neighbor?

I highly, highly (!) recommend it.

There were a number of scenes that I found particularly poignant. Today we’re going to talk about one related to Mr. Rogers’ creative process.

Quick context. Fred Rogers got involved with television in the very early days when he saw that it could be used in a much more constructive way than it was then being used at the time.

After being ordained as a Presbyterian minister, he created Mister Rogers’ Neighborhood. Rather than outlandish cartoons and pie-in-the-face nonsense, he produced programming that helped kids Optimize. Over the course of THREE DECADES(!!) he created over 900 episodes.

Pop quiz: Do you think it was easy for him to write all those scripts and perform those ten separate puppet voices show in and show out?

Well, let’s let him answer in his own words via this journal entry he typed out to himself on yellow legal paper in April, 1979.

Am I kidding myself that I’m able to write a script again? Am I really just whistling Dixie? I wonder. If I don’t get down to it I’ll never really know. Why can’t I trust myself? Really that’s what it’s all about… that and not wanting to go through the agony of creation. AFTER ALL THESE YEARS IT’S JUST AS BAD AS EVER. I wonder if every creative artist goes through the tortures of the damned trying to create.?. Oh, well, the hour cometh and now IS when I’ve got to do it. GET TO IT, FRED. GET TO IT… But don’t let anybody ever tell anybody else that it was easy. It wasn’t.

Answer: NO. It wasn’t easy.

It wasn’t easy for Fred Rogers to show up creatively. Nor has it been easy for any other creative artist—whether we’re talking about a writer or a mother or an entrepreneur.

Nor will it always be easy for us as we work hard to make our lives a masterpiece.

And don’t let anybody ever tell anybody else that it was or should be easy.

If the man who gave so many children such unconditional love and profound presence and wisdom experienced his own “tortures of the damned” trying to give his gifts to the world, perhaps we can embrace that as part of the process (common humanity style), eh? 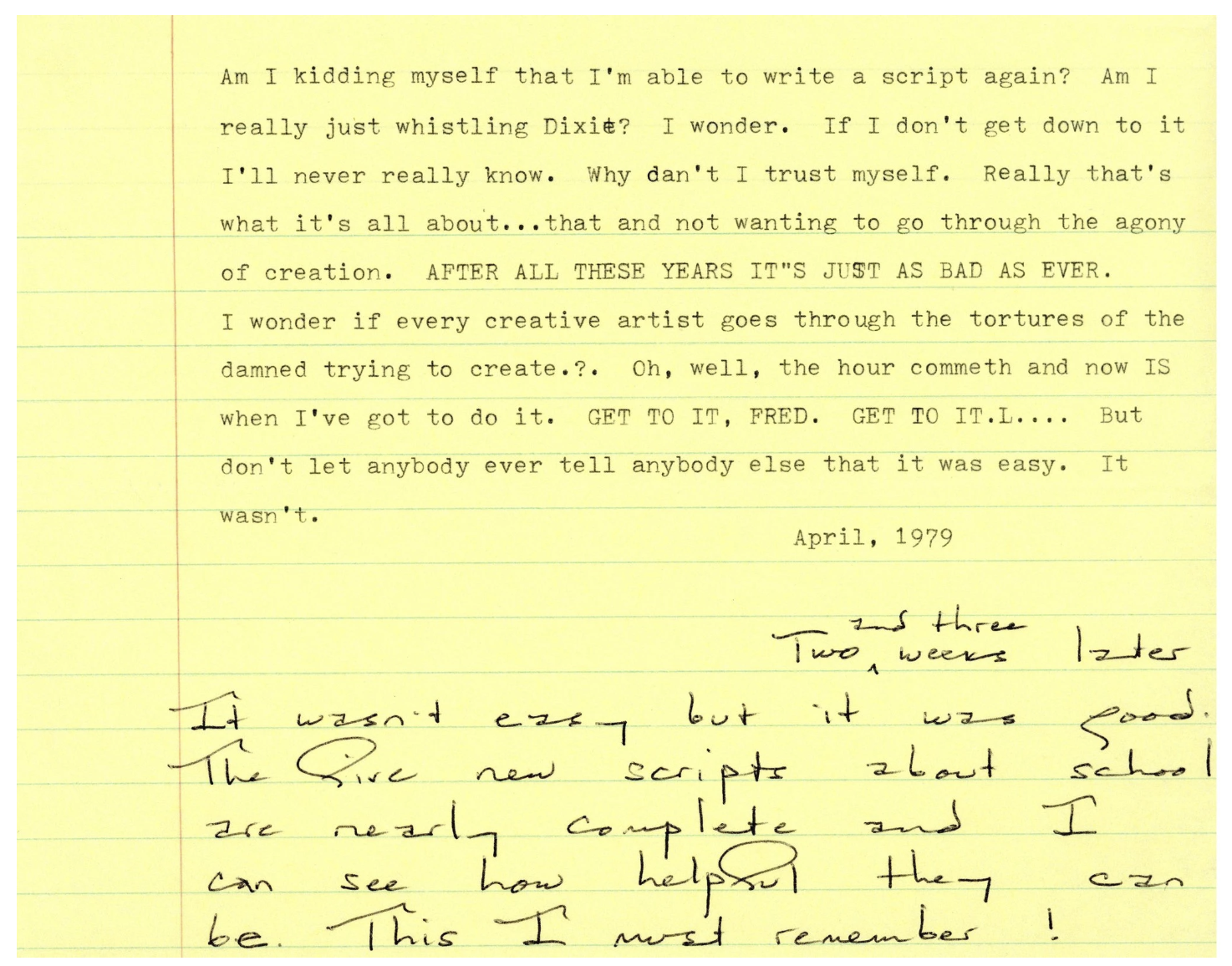 P.S. Note the addendum a couple/few weeks later: “It wasn’t easy but it was good.”