“At some point in our evolution, we humans were able to generate mental representations of ourselves and the world around us. We also developed a linear sense of time in which, roughly speaking, there was a past, a present, and a future. We came to think of ourselves as travelers moving through time, going somewhere.

We were not just going anywhere, however. We gave careful thought to where we wanted to go. These thoughts, of course, were about goals. Humanity’s earliest goals were basic and centered, perhaps, on shelter or food. Whatever the goal, we began to think of ourselves as moving toward the achievement of those goals, and our species succeeded in the grand survival game.

Just as our ancestors did, today we think about getting from where we are now, let’s call it Point A, to where we want to go, say Point B. In this context, Point B stands for any of the many goals we may envision ourselves wanting to pursue. In aiming at goals, we are constantly engaging in mental target practice. At the risk of appearing overly simplistic, I believe that life is made up of thousands and thousands of instances in which we think about and navigate from Point A to Point B. This is the basic premise on which my model of hope is built. Indeed, it is the reason this book is subtitled You Can Get There from Here.”

~ C.R. Snyder from The Psychology of Hope

Rick Snyder was the founder of research into the science of hope. And, he was one of the pioneers of the positive psychology movement. In fact, he literally wrote the textbook on “Positive Psychology.”

He actually wrote that textbook with one of his protégés, Shane Lopez. We featured Shane’s wisdom on hope in his great book called Making Hope Happen. I got The Psychology of Hope after Shane referenced it. It’s been sitting on my shelf winking at me and begging me to read it.

Sidenote: As I read the book (which was written in 1994), I was hoping that Rick was still alive so I could interview him and thank him. As soon as I finished, I hopped online to learn, unfortunately, that Rick passed away in 2006 at 62 years old after suffering for 15 years from an undiagnosed condition. My heart sank as I read the news and then read Shane’s eulogy.

I beamed Rick and his spirit love and gratitude, reflected on the fact that I’ll be 62 in less than 20 years and then booked my next blood draw on WellnessFX so I can continue to Optimize my (thankfully, already very good) health and, hopefully, a) continue to find some tips/practices that I can share with you and b) be around for longer than 20 years to celebrate and create with you.

With that, back to the book… It’s a very thorough analysis of what hope is. Rick walks us through the three key facets of hope (Goals + Willpower + Waypower), why it matters, how it’s developed from infancy to adulthood, how we can lose it and, most importantly, how we can Optimize it. (Get a copy here. Note: For an intro on the science of hope, start with Shane’s book!)

As always, we’ll focus on the super-practical side of things—starting with a quick look at what hope is and then we’ll have some fun seeing how we can Optimize it TODAY. I hope you love it. ;)

P.S. After finishing the draft of this introduction, I started writing a note to Shane. I felt even more inspired to interview HIM and thank him for his work and continuing Rick’s legacy. After drafting the note, I went online to get a link for the PNTV episode I did on his book to find out that he had ALSO passed away. At 46. :/

And… It appears that Shane had been suffering from depression for a couple years and ended his own life. Gah. I’m currently still wrapping my heart and brain around the fact that the leading scholar on hope killed himself. Heart-opening and catalyzing for many reasons. We’ll chat about that more in another context.

P.P.S. This is officially the longest intro ever but one more note. I drafted the above intro the day before a historically large fire swept through Southern California—nearly engulfing our little town of Ojai and forcing my family and I (and 100,000+ other people) to evacuate our house. The fire is still burning north of us a week later as I type this and the air quality is too bad for our kids to come back so we’re about to head out on a little vacation. I’m typing this in my office with four HEPA filters keeping the air pure. Seems fitting to be working on this Note.

With THAT, let’s jump in! 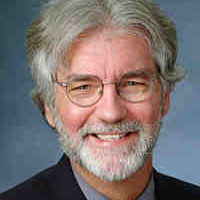