“However, there is an important sense in which psychotherapy, even as we know it today, can trace its roots much further back, perhaps all the way back into prehistory, before such ideas were committed to writing. Modern psychotherapy, especially in the form of cognitive-behavioral therapy (CBT), the most ‘modern’ of our contemporary schools, can also be viewed as part of an ancient therapeutic tradition derived from the informal philosophical circle surrounding Socrates (470-399 bc), and, therefore, stretching back to Athens in the fifth century bc. Of the various schools of Socratic philosophy, the one that bears the strongest therapeutic orientation is undoubtedly Stoicism, especially that of the later Roman schools. According to Galen, physician to the Stoic Emperor Marcus Aurelius, Chrysippus, one of the founders of Stoicism, emphasized the role of philosophers as that of ‘physician of the soul,’ someone whom we would now refer to as psychotherapist.”

~ Donald Robertson from The Philosophy of Cognitive Behavioural Therapy

Got problems with your soul?

These days, you’d see a psychotherapist.

But, back in the day, it was the philosopher who’d help you optimize–they were the preferred physician of the soul.

This book is about the philosophical roots of modern psychotherapy. Specifically, it outlines the connection between cognitive behavioral therapy (CBT) and Stoicism.

Ryan Holiday recommended it in his great book The Daily Stoic. (I picked it up along with a bunch of other titles we’ll be exploring.)

As a lover of both ancient wisdom and modern science, I really enjoyed it. It’s not your typical self-help book but if you, like me, are deeply interested in the intersection of ancient (Stoic) philosophy + modern psychotherapy, I think you’ll dig it. (Get a copy here.)

It’s packed (!) with Big Ideas. I’m excited to share some of my favorites so let’s jump straight in! 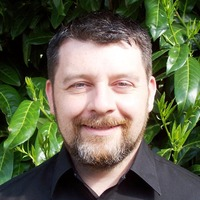