“Internally, too, the Ethics has a structure. It may be summarized thus: Our task is to become good men, or to achieve the highest human good. That good is happiness; and happiness is an activity of the soul in accordance with virtue (Book I). Virtue is therefore to be analyzed, and the conditions for virtuous action determined (Books II-III); and the various virtues, ‘moral’ and ‘intellectual’, must be described (Books IV-VI and VIII-IX). Pleasure, intimately tied to virtue by more than one cord, must also be anatomized (Books VII and X). And finally, the nature of happiness and the means of ensuring it can be laid down (Book X). The key concepts here, which are not perfectly represented by the English words ‘virtue’ and ‘happiness’, will call for elucidation later on; but their structural interrelations are immediately discernible, and it is these which provide the internal frame of the Ethics.”

from the Introduction to The Nicomachean Ethics

Aristotle was born in Macedonia in 384 BC. At the age of seventeen, he went to Athens where he studied with Plato at his Academy for twenty years. Shortly thereafter, he was summoned back to Macedonia to tutor the thirteen-year-old Alexander the Great.

From there, he returned to Athens where he established the Lyceum and “explored and expounded and taught the entire field of human knowledge—logic, metaphysics, theology, history, politics, ethics, aesthetics, psychology, anatomy, biology, zoology, botany, astronomy, meteorology and the ancient equivalents of physics and chemistry.”

His writings have been extraordinarily influential since ancient times while the Lyceum “lived on for some five hundred years after its founder’s death. As a stimulus, a challenge, an inspiration and a formative influence on subsequent thought, it was scarcely matched and never surpassed.” (Recap of most epic lineage ever: Socrates taught Plato. Plato taught Aristotle. They all taught us A LOT.)

This book is named after Aristotle’s son who essentially edited his lecture notes. It’s fascinating to imagine Aristotle using these notes to teach 2,300 years ago.

As per the intro above, the Ethics has ten “Books.” The first four are the most practical and where we will be spending all of our time. You know all those Aristotle quotes on happiness and habits and the doctrine of the mean? You’ll find most of them in this classic.

As you can imagine, the book is packed (!) with Big Ideas.

We’re obviously only going to scratch the surface of this masterpiece, but I’m excited to share some of favorites we can apply to our lives today, so let’s jump straight in! 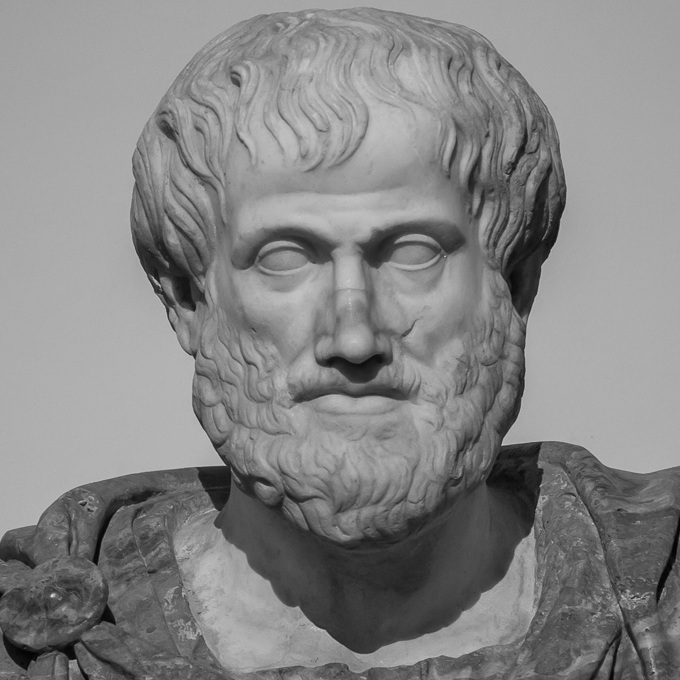