“Let me say this as clearly as I can: Alzheimer’s disease can be prevented, and in many cases its associated decline can be reversed. For that is precisely what my colleagues and I have shown in peer-reviewed studies in leading medical journals—studies that, for the first time, describe exactly this remarkable result in patients. Yes, I know it flouts decades of conventional wisdom to claim that cognitive decline can be reversed, that there are hundreds of patients who have done just that, and that there are steps we can all take now to prevent the cognitive decline that experts have long believed to be unavoidable and irreversible. These are bold claims deserving of healthy skepticism. I expect you to exercise that skepticism as you read about the three decades of research in my lab, which culminated in the first reversals of cognitive decline in early Alzheimer’s disease and its precursors MCI (mild cognitive impairment) and SCI (subjective cognitive impairment). I expect you to exercise that skepticism as you read about the personalized therapeutic programs we developed to enable everyone to prevent cognitive impairment and, if they are already showing signs of it, to stop mental decline in its tracks and restore their ability to remember, to think, and to once again live a cognitively healthy life.

But if the results I describe overcome your skepticism, then please open your mind and consider changing your life—not only if you have already begun the slide into cognitive decline, but even if you haven’t. Needless to say, the people who will find this book most immediately and directly life-changing are those whose memory and cognition are already suffering (and their family members and caretakers). By following the protocol I describe, those with cognitive impairment that is not yet Alzheimer’s disease, as well as those who are already in the grip of Alzheimer’s, can not only halt but often actually reverse the cognitive decline they have already suffered. For those so stricken, progression to severe dementia has until now been inevitable, with nothing but bad news from every expert. The anti-Alzheimer’s protocol my colleagues and I developed consigns that bleak dogma to the dustbin of history.”

~ Dale Bredesen, MD from The End of Alzheimer’s

Even just thinking about that dreaded disease freaks you out a bit, eh?

Over 5 million people in the US alone have Alzheimer’s. 1 in 9 people over 65. We’re told that there’s little we can do to prevent it and even less (make that: nothing) we can do to reverse it.

Well… Let me repeat the central theme of this book as clearly as I can: “Alzheimer’s disease can be prevented, and in many cases its associated decline can be reversed.”

That, of course, is a powerful statement. Worthy, of course, of the healthy skepticism Dr. Dale Bredesen tells us we should have as we read his book and review his peer-reviewed protocol.

Bredesen has dedicated his life to studying neurodegenerative diseases and to understanding the root causes of Alzheimer’s. He studied at Caltech as an undergrad then at Duke for med school followed by a postdoc at UCSF before establishing his own lab at UCLA (go Bruins!) in 1989.

This book walks us through the fruits of his and his colleagues’ labor, giving us the details of, as per the sub-title of the book: “The First Program to Prevent and Reverse Cognitive Decline.”

I highly recommend the book. (Get a copy here.)

Although we’ll be skipping the nuts and bolts of the scientific underpinnings of the disease, I’m excited to share a few of my favorite Big Ideas we can apply to our lives TODAY so let’s jump in. 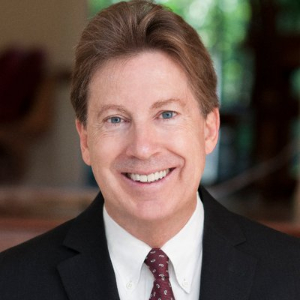