“This book is a history of cancer. It is a chronicle of an ancient disease—once a clandestine, ‘whispered-about’ illness—that has metamorphosized into a lethal shape-shifting entity imbued with such penetrating metaphorical, medical, scientific, and political potency that cancer is often described as the defining plague of our generation. This book is a ‘biography’ in the truest sense of the word—an attempt to enter the mind of this immortal illness, to understand its personality, to demystify its behavior. But my ultimate aim is to raise a question beyond biography: Is cancer’s end conceivable in the future? Is it possible to eradicate this disease from our bodies and societies forever? …

In a sense, this is a military history—one in which the adversary is formless, timeless, and pervasive. Here, too, there are victories and losses, campaigns upon campaigns, heros and hubris, survival and resilience—and inevitably, the wounded, the condemned, the forgotten, the dead. In the end, cancer truly emerges, as a nineteenth century surgeon once wrote in a book’s frontispiece, as ‘the emperor of all maladies, the king of terrors.’”

~ Siddhartha Mukherjee from The Emperor of All Maladies

This is the 10th book on cancer we’ve featured so far since my brother’s cancer diagnosis. (And, this will be the longest introduction I’ve done and this Note will be a little different than most.)

Here’s the list in order for those who might be starting with this Note and would like to follow the progression of my thinking: We started with Anticancer by David Servan-Schreiber. I read that immediately and used it as the basis of the “80/20 180” protocol for my brother. The wisdom from that book and dozens of other references from prior Notes over the years formed the basis for Conquering Cancer 101—a class I filmed within weeks of my brother’s diagnosis (that over 1 million people viewed on Facebook in the first month).

From there we looked at Tripping over the Truth by science writer Travis Christofferson in which we first learned about the compelling metabolic theory of cancer (vs. the prevailing somatic mutation theory of cancer). Then we covered Nasha Winters’s The Metabolic Approach to Cancer. Nasha is a stage IV ovarian cancer thriver who was told she had 3 to 6 months to live 27 (!) years ago. She’s now a naturopathic oncologist and is my brother’s consulting oncologist.

Then we featured a journal article called Cancer as a Metabolic Disease by leading scientist Thomas Seyfried in which we learned more about the underlying science behind the metabolic approach. From there, we explored Keto for Cancer by Miriam Kalamian who is my brother’s day-to-day nutritionist. (I integrated that wisdom into Conquering Cancer 102.)

Then we featured Outside the Box Cancer Therapies by a couple of brilliant naturopathic doctors who provided insights on an “integrated oncology” approach before looking at Radical Remission by Kelly Turner. Kelly got her Ph.D. studying over 1,000 (!) people who thrived way beyond their traditional oncologists’ expectations.

Then we revisited Thomas Seyfried’s work—this time going deep into his 400+ page textbook-like treatise of a book by the same name as his journal article: Cancer as a Metabolic Disease. From there, we looked at The Truth in Small Doses by Clifton Leaf who provides a brilliant analysis of the numbers proving the fact that we’re unequivocally *losing* the war on cancer.

And, here we are.

I read this book last because, frankly, I wasn’t interested in starting with a book that featured, as per the inside flap, “cancer as the protagonist.” I wanted my BROTHER to star as the conqueror of cancer, not the other way around.

As such, my question wasn’t “Is it possible to eradicate this disease from our bodies?” but “HOW can we conquer cancer in my brother’s body and your body and your loved one’s body?”

Having said all that, I’m pretty sure that (as per the 1,700+ Amazon reviews) this book is, by far, the bestselling book on cancer. It is beautifully written and won a Pulitzer Prize. (Get a copy here.)

And, Siddhartha Mukherjee is, unquestionably, brilliant. He has to have the best academic pedigree possible: He’s a former Rhodes Scholar and graduate of Oxford, Stanford, and Harvard. (Hah. Nice work, sir!)

As per his bio, these days he’s “an assistant professor of medicine at Columbia University and a staff cancer physician at the CU/NYU Presbytarian Hospital. His laboratory focuses on discovering new cancer drugs using innovative biological methods.” Plus: “Mukherjee trained in cancer medicine at the Dana Farber Cancer Institute of Harvard Medical School and was on the staff at the Massachusetts General Hospital.”

As you know, I’ve been obsessed with understanding cancer from a metabolic perspective. And, we’ve been following our metabolic protocol since Day 1 (after the post-surgical pure glucose IV drip)—seeing such great preliminary results with my brother and his stage IIb pancreatic cancer.

I’m repeating myself, but for the sake of context, I’ll recap here: After initially telling my brother he needed to get a Whipple procedure and chemo plus potential radiation (but not mentioning the fact that my brother’s odds of living 5 years were, statistically speaking (via standard of care treatment), around 3% and that his odds of living 10 years were 1 in 100), at the second appointment (following his PET scan 45 days after surgery), my brother’s oncologist (the guy who used to have a candy bowl in his reception area) told us: “If I didn’t know you had cancer, I wouldn’t know you had cancer. If I had what you have, I’d be doing what you’re doing.”

All of that to say that the first thing I did when I picked up this book was flip to the Index (which, by my rough count, has ~1,000 references) to see what Dr. Mukherjee had to say about Otto Warburg and his thoughts on the metabolic origin of cancer.

So, I cracked open the book and turned to page 570. It’s the second-to-last page of the book. I thumbed down the “W” list. There’s a “Wall Street Journal” reference. Then “Walters, Barbara” then a “Wang, Zhen Yi” reference then “war gasses” then “War on Cancer” then…

Wait. I thought to myself: “Warburg is spelled “W-a-r-burg, right?” Did I miss it? I scanned again. Hmmm. Not there. I looked again, certain I must have been missing something.

I mean, the Nobel Prize winner who described the fact that cancer cells metabolize energy differently than normal, healthy cells HAS to be at least mentioned in a 500+ page book on the biography of cancer.

Gulp. How is that possible?

Well, again, my friends, when cancer is viewed as a genetic disease (like Dr. Mukherjee and all of his esteemed, earnest, BRILLIANT (!) colleagues see it), then there’s simply no need to talk about something as inessential as how Otto Warburg thought about cancer cell metabolism. (Which, btw, is why you also won’t find any indexed references to “cytoplasm” or “mitochondria” or “nutrition” either.)

(And, at the risk of sounding petty but with the intention of shining a VERY bright light on a broken system as we strive to conquer cancer: When you ignore Warburg’s ideas, you can also be an oncologist with a bowl of candy in your reception area who encourages your patients to have soda during their chemotherapy while condoning (not even thinking about?) the distribution of pink sugary cookies in the same chemo room during Cancer Awareness Month.)

<— Think about that for 5 seconds. Then read this blog post by a woman going through cancer treatment. Then realize that the vast majority (90%+?) of oncologists haven’t received Warburg’s memo.

YET… And now I’m shouting… EVEN MY UPS DRIVER WES knows that “cancer loves sugar!”)

My friends, THIS (from my perspective) is P R E C I SE L Y why we’re losing the war on cancer.

THIS (from my humble yet fierce perspective) is P R E C I S E L Y why Clifton Leaf says *this* in The Truth in Small Doses: “Despite the seemingly endless procession of discoveries in the lab, despite the spate of recorded ‘wonder drugs,’ the deadliest malignancies are still nearly as deadly in 2013 as they were at the start of the cancer war. Fewer than a fifth of Americans diagnosed today with a cancer of the lung, pancreas, liver, or esophagus are expected to live five years. Likewise, cancers of the stomach, brain and ovary largely remain the killers they were at the start of the cancer war.”

That’s after $300 billion (!) dollars invested in research since President Nixon declared War on Cancer two days before Christmas in 1971. That’s after we account for the $100 billion we spend every year on cancer medications.

Back to Clifton Leaf: “Without question, some of those discoveries have saved lives. However, America’s four-decade investment in cancer research—a total of more than $300 billion (inflation-adjusted) in taxpayer spending, private R&D, and donations—has not stopped, or even substantially slowed, the soaring cancer burden.”

So, with that, and with an infinite amount of respect for Dr. Mukherjee and his esteemed, earnest and BRILLIANT (!) colleagues, let’s take a quick look at this book—from (very importantly!) the vantage point of US as the CONQUERORS not cancer.

And, I say we write a new book with YOU and your brother, sister, mother, father, son, daughter, aunt, uncle, grandfather, grandmother, best friend, husband, wife, work colleague, poker buddy, plumber, carpool partner, friend’s cousin, etc. etc. etc. x 10 million+ people like me and you who are diagnosed every (!) single (!) year (!) as THE PROTAGONIST of the cancer drama.

Perhaps we can call our new book: “The Emperor Is Dead — Long Live the Conquerors!”

P.S. This book was written in 2010. Seven years later, Dr. Mukherjee wrote an article for The New Yorker in which he takes a baby step toward a more comprehensive view of cancer called “Cancer’s Invasion Equation.” 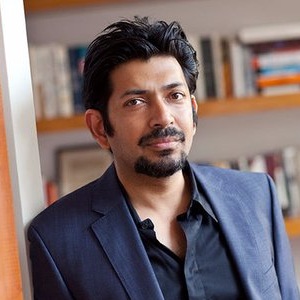