“The Big Book of Endurance Training and Racing is for triathletes, runners, cyclists, swimmers, cross-country skiers, and other athletes seeking greater endurance. You will learn about the many important tools that help you achieve optimal athletic potential—and keep you healthy and injury-free for many productive years.

Commitment and dedication to your sport cannot be accomplished without careful planning. I want to assist you in getting even more from your body. The successful road to training and racing is relatively simple. It includes having a clear strategy with short- and long-term goals, monitoring progress to assure your plan is working and to prevent overtraining, and, of course, proper nutrition.

This book gives you a fresh look at successful endurance training and competition. My system offers a truly ‘individualized’ approach, which I have continually updated and refined over three decades of training and treating athletes, who range from world champions to weekend warriors.”

~ Phil Maffetone from The Big Book of Endurance Training and Racing

This is our second Note on one of Phil Maffetone’s books.

I decided Maffetone would be my primary coach. Ben Greenfield connected us. (Thanks, Ben!) Unfortunately, Phil is no longer doing one-on-one work. So, I decided to pick his brain on my own. I went to Amazon and bought a half dozen of his books and proceeded to read five them in a little over a week. We’ll be systematically working our way through all of them. :)

Quick overview of the rest of the series: The Endurance Handbook (basically an abridged version of this book), The Overfat Pandemic (in which Maffetone makes the case that 90% of the U.S. is “overfat” while outlining how to solve the challenge), 1:59 (which is all about how to break the 2-hour marathon mark—we’re currently at 2:03), and Fix Your Feet (all about Optimizing the literal foundation of our endurance).

This is called “The Big Book of Endurance Training and Racing” for a reason. It’s a REALLY Big Book. (Hah!) It’s 516 pages, but the small font and two-column pages make it considerably denser; like, encyclopedically dense—which I found fantastic as I wanted to get into every nook and cranny of Phil’s brain. (Studying it was a wonderful mental-endurance workout. :)

It’s essentially the distillation of over three decades (!) of clinical work with the world’s absolute best endurance athletes. As I said in the Notes on The Maffetone Method, according to Triathlete magazine, Mark Allen is the greatest triathlete ever. He won six Ironman World-Championships. His secret? Maffetone.

And, I love the way Christopher McDougall puts it on the back cover: “If you don’t read Phil Maffetone, you’re turning your back on one of the most powerful probing minds in endurance sports. The brilliance of Maffetone’s work is his re-discovery of the ancient understanding that the human engine doesn’t need to be fueled for suffering, and that pain is only the penalty you pay for back-burning your brain. The best advice you could give any athlete, no matter what their level, is to read Maffetone and start over.”

If you’re all in on Optimizing and maximizing your athletic potential (or the potential of your athletes if you’re a coach), I’d say this (or his Endurance Handbook if you want the abridged version!) comes pretty close to being a must-read. (Get the book here.)

Although Maffetone obviously focuses on endurance athletes, his compelling perspective on the importance of building a super-strong aerobic base is applicable for ALL athletes. And, to be clear: I think we’re ALL athletes with a unique athletic potential waiting for us to explore, so…

This Big Book is RIDICULOUSLY packed with Big Ideas. We’ll barely scratch the surface (of the surface) but I’m excited to share a handful of my favorites so let’s jump straight in! 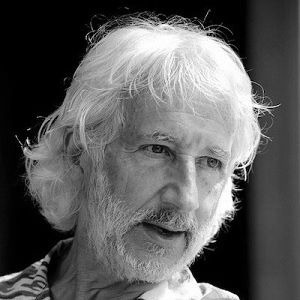