“Like all the men and women of their generation, they were children of World War I, lived through the Depression, and the men all fought in World War II and Korea. They were survivors. They didn’t complain. They didn’t blame others for their misfortune. They worked hard and expected the same from their children. They treasured their friendships. They fought for their marriages. They wore their patriotism on their sleeve, and while they weren’t naïve about America’s faults, they knew that no other country in the world valued their service and sacrifice as much as the United States did. They flew their flags proudly and without apology.

But I’m convinced that what made this generation so great was their ability to take the hardships that confronted them and turn them into laughter-filled, self-deprecating, unforgettable, sometimes unbelievable stories of life. My father used to tell me, ‘Bill, it’s all how you remember it.’ The stories in this book are how I remember my life. I think I could sit at that table in Fountainebleau now … and tell a story or two.”

I got this book immediately after finishing Admiral McRaven’s first book, Make Your Bed: Little Things That Can Change Your Life… And Maybe the World.

That one’s a quick-reading little book on the ten lessons McRaven learned in his SEAL training that we can all apply to our modern lives. It was fantastic. I had a strong feeling this memoir on his “Life in Special Operations” would be just as good.

As per the back cover, “Admiral William H. McRaven is a part of American military history, having been involved in some of the most famous missions in recent memory, including the capture of Saddam Hussein, the rescue of Captain Richard Phillips, and the raid to kill Osama bin Laden.”

McRaven is a brilliant story teller with, as you can imagine, an incredible array of stories to tell. But that’s not why I loved this book so much. I loved it because reading it made me want to be a better human being. If you enjoy autobiographies and appreciate the military heroes who serve our country as much as I do, I think you’ll love the book as much as I did. Get a copy here.

It’s packed with unforgettable stories and empowering wisdom. I’m excited to share a few of my favorite Ideas so let’s jump straight in! 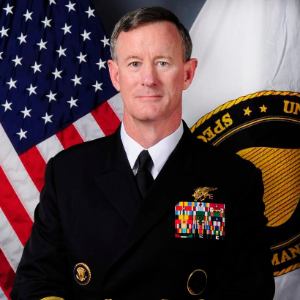