“‘GET IT!’ Harry bellowed, and with a rushing, roaring sound, the silver stag he had conjured came galloping back past him. The dementor’s eyeless face was barely an inch from Dudley’s when the silver antlers caught it; the thing was thrown up into the air and, like its fellow, it soared away and was absorbed into the darkness. The stag cantered to the end of the alleyway and dissolved into silver mist.

Moon, stars, and streetlamps burst back into life. A warm breeze swept the alleyway. Trees rustled in neighboring gardens and the mundane rumble of cars in Magnolia Crescent filled the air again. Harry stood quite still, all his senses vibrating, taking in the abrupt return to normality. After a moment he became aware that his T-shirt was sticking to him; he was drenched in sweat.

He could not believe what had just happened. Dementors here, in Little Whinging . . .

Dudley lay curled up on the ground, whimpering and shaking. Harry bent down to see whether he was in a fit state to stand up, but then heard loud, running footsteps behind him; instinctively raising his wand again, he spun on his heel to face the newcomer.

Mrs. Figg, their batty old neighbor, came panting into sight. Her grizzled hair was escaping from its hairnet, a clanking string shopping bag was swinging from her wrist, and her feet were halfway out of her tartan carpet slippers. Harry made to stow his wand hurriedly out of sight, but —

‘Don’t put it away, idiot boy!’ she shrieked. ‘What if there are more of them around? Oh, I’m going to kill Mundungus Fletcher!”

~ J. K. Rowling from Harry Potter and the Order of the Phoenix

Yep. Welcome to Harry Potter #5: The Order of the Phoenix.

We get to hang out with the Order at their secret headquarters at Twelve Grimauld Place and, among many other adventures, get to deal with the atrocious new Headmistress appointed by the Ministry of Magic, Professor Umbridge.

Emerson and I finished this 870-page epic tome in a series of marathon reading sessions one Sunday afternoon. It was hard to put it down after all the drama at the Department of Mysteries!

Of course, as with the first four we covered in the series, it’s another wonderfully wise story packed with Big Ideas. (Get a copy here.) I’m excited to share some of my favorites so hop back on that broomstick of yours and let’s fly straight in! 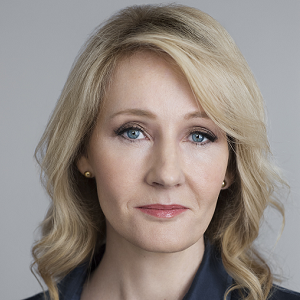