“The more spiritual work and study I did the more I saw that creativity and the life force were one and the same. And it was a force running through everybody, not just the chosen creative few.

… we were experiencing the same kind of higher power that the sages wrote about. A power without upper limits. You could call it a superpower—just what I longed for as a kid. Maybe my yearning and longing and reaching out for Superman as a boy was not total delusion.

If I wrote an adventure comic book today I would see if I could introduce a new superhero… My comic book’s superhero would be you.

I know that’s not a really exciting or marketable name for a superhero. ‘You!’

No, so let’s call you something else. How about this. Do you know how movies always acknowledge the ‘creator’ of various superhero characters? For example, Wonder Woman’s creator was William Marston. Imagine how powerful he must have been. It’s one thing to be Wonder Woman, but it’s quite another to be able to create Wonder Woman.

If these characters like Wonder Woman and Superman and Mighty Mouse are so powerful, just imagine how much more powerful their creators must be. That’s the ultimate superpower right there: the ability to create.

I’d call that hero ‘Creator.’ And the adventures I’d present would show you that it’s all based on a true story: the story of you.”

Welcome to the 75th Note on one of Steve Chandler’s books. Well, we haven’t done quite that many yet. (Hah.) Although Steve HAS written dozens of books at this stage, we’ve only featured six of them so far. Check them all out here.

I got this book in the mail yesterday. Literally. It just came out and Steve sent me a copy with a sweet little love note on the title page. If you’ve been following along, you know I love Steve and his down-to-earth, humble and powerful wisdom and style. We worked together for a couple years and I REALLY (!!!) wish I kept the same kinds of notes from *those* chats as I do with my chats these days with Phil Stutz. The man is a treasure trove of insights.

So, I got the book and basically started reading it immediately. Here I am on a Saturday afternoon typing away after finishing the book I started this morning. (“That’s like me!” lol)

As with all of Steve’s books, this one is written in his ineffably self-effacingly funny and witty and wise style. (Get a copy here.) Of course, it’s packed with Big Ideas and I’m excited to share a few of my favorites so let’s jump straight in! 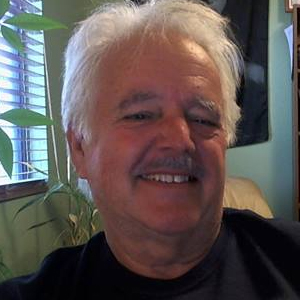