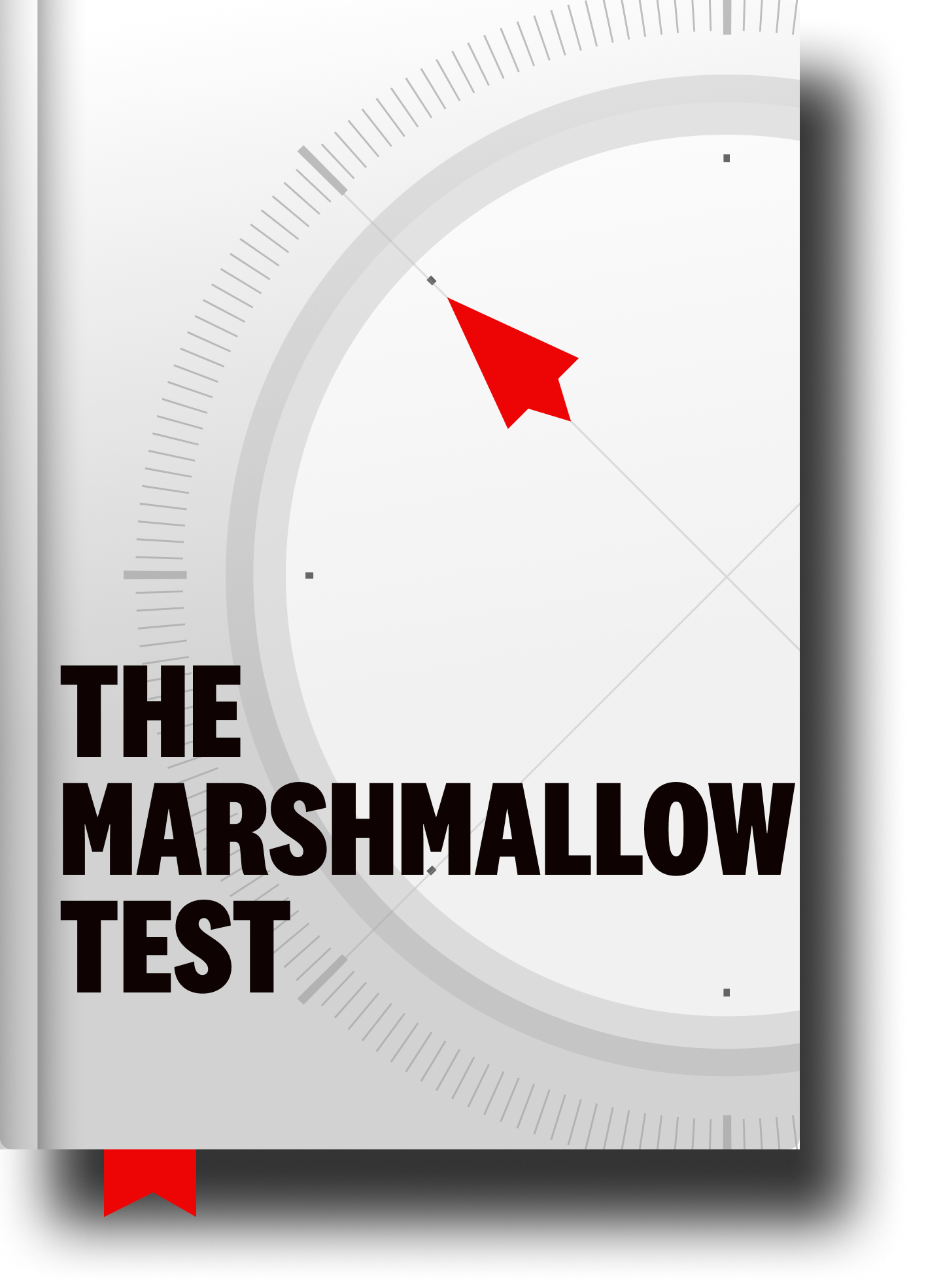 In our last +1, we had our brains scanned and learned that the pain of procrastination is only in the ANTICIPATION of doing something—not in the actual doing. (Good to know!)

For Today’s +1, let’s stay tucked inside that fMRI and do a little more brain scanning.

Walter Mischel is one of the world’s leading willpower researchers. (He’s the guy who did the marshmallow studies with kids—which we’ll talk about soon.)

Then, you ask them to think about their future selves—ten years in the future.

For some people, thinking about their future selves lights up the “self center.”

For other people, thinking about their future selves lights up the “stranger center.”

We need to strengthen the connection between our future selves and our current selves.

There are a lot of ways to do it but for Today’s +1, let’s appreciate the fact that the decisions we are making TODAY are laying the groundwork for the version of us who will show up tomorrow and next week and the year after that.

Take a moment to see the future version of you. Ten years out.

Smile as you see your future self waving at the current you.

Make that future version of you grateful for the choices you’re making today.

Now, step out of that fMRI and go have an awesome day! 😃