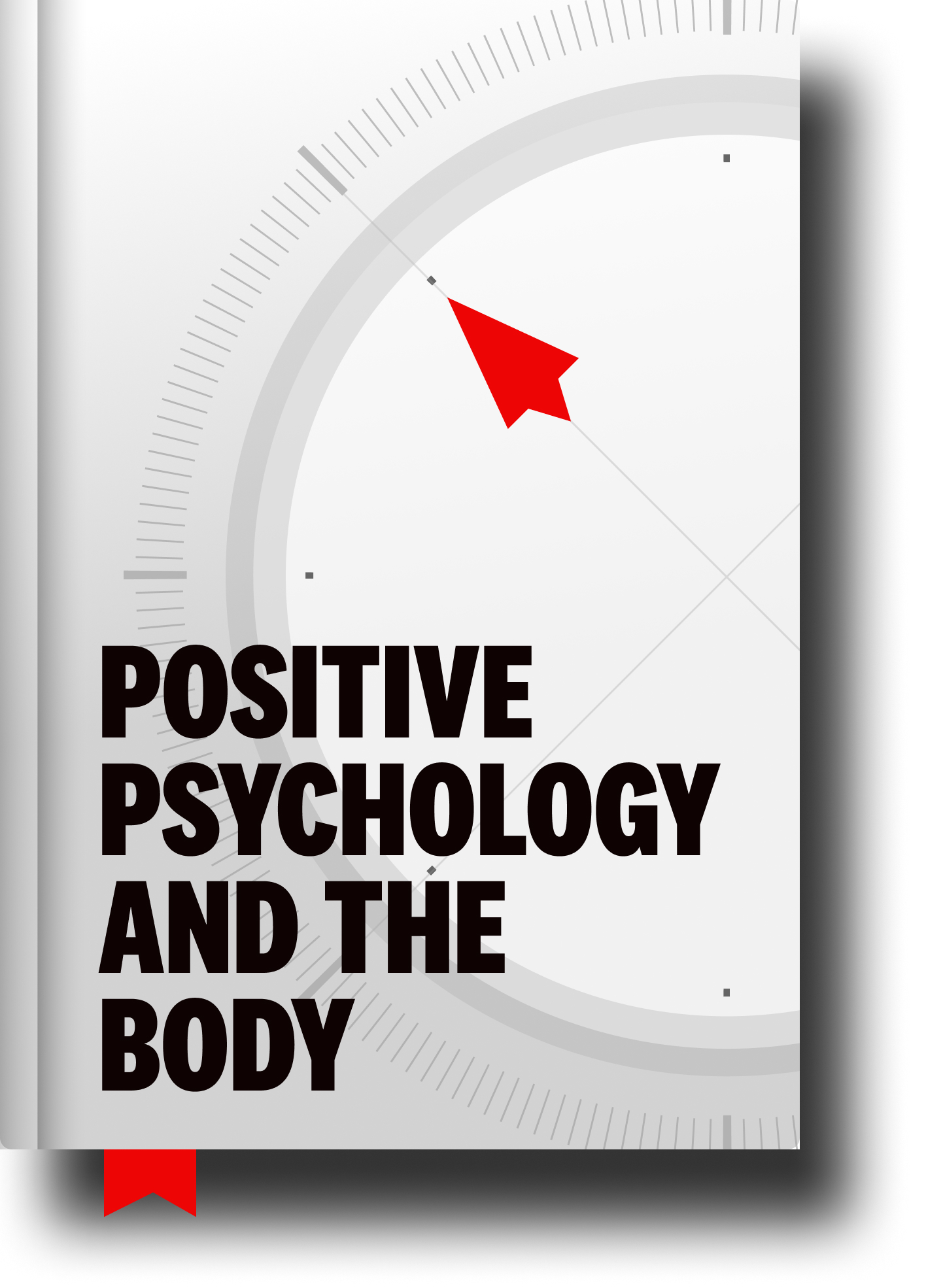 As we’ve discussed (many times!), I love integrating Ancient Wisdom + Modern Science to help us Optimize our lives and give the world all we’ve got.

As part of my recent Stoic-Science-Stoic-Science oscillating rhythm, I read a book called Positive Psychology and the Body.

It’s actually a textbook. I fell in love with it the moment I saw the author’s testimonial in Character Strengths Matter.

As Kate Hefferon says in the introduction to the book, as awesome as Positive Psychology is, there’s been VERY (!) little research done on the connection between the ol’ mind and body.

As she says: “There are 7,626 books written about positive psychology on amazon.co.uk. Not one of them focuses on the body and its role in the facilitation of wellbeing.”

Which is more than a little weird when you consider the fact that those same positive psychologists point to Zest (aka ENERGY!) as the #1 virtue-predictor of our flourishing.

We’ll save that for another chat. 🤓

Today I want to chat about some nuns and some crazy stats.

Get this: “If we look at the relationship between positive emotions, happiness (subjective wellbeing) and longevity, the research shows that on average happier people live longer. As one of the most famous experiments in positive psychology, the following study remains legendary in demonstrating the potential effects of positive emotions on longevity. Nuns are the epitome of healthy living, and as they have very controlled lifestyles, this makes for ideal research participants. As part of a larger study, researchers at the University of Kentucky decided to retrospectively review and analyze the entry statements of newly appointed nuns (mean age 22 at time of entry). By 85, 97 per cent of the nuns whose entries contained the most positive wording and emotional content were still alive (vs. 52 per cent of the least positive). And similarly, at 93, 52 per cent of the cheerful entrants were still alive versus 18 per cent of the least cheerful. Thus, researchers suggest that being happy could actually add up to 10 years to your life. In order to extend the findings into other autobiographical works Sarah Pressman analyzed the autobiographies of 96 famous psychologists and found that those who used more positive emotive wording lived on average six years longer than those who used more negative emotive words.”

How fascinating is THAT study?

The quick recap: Nuns check in for service. They created “entry statements.” Average age of 22. Decades later, researchers analyze those entries and coded them for positive content.

By age 85, an astonishing (!) 97% of the nuns whose entries contained the most positive wording and emotional content were still alive. NINETY- SEVEN PER CENT!! In contrast, only 52% of those with the least positive entries were still alive at age 85.

Positive emotions. They do a body good.