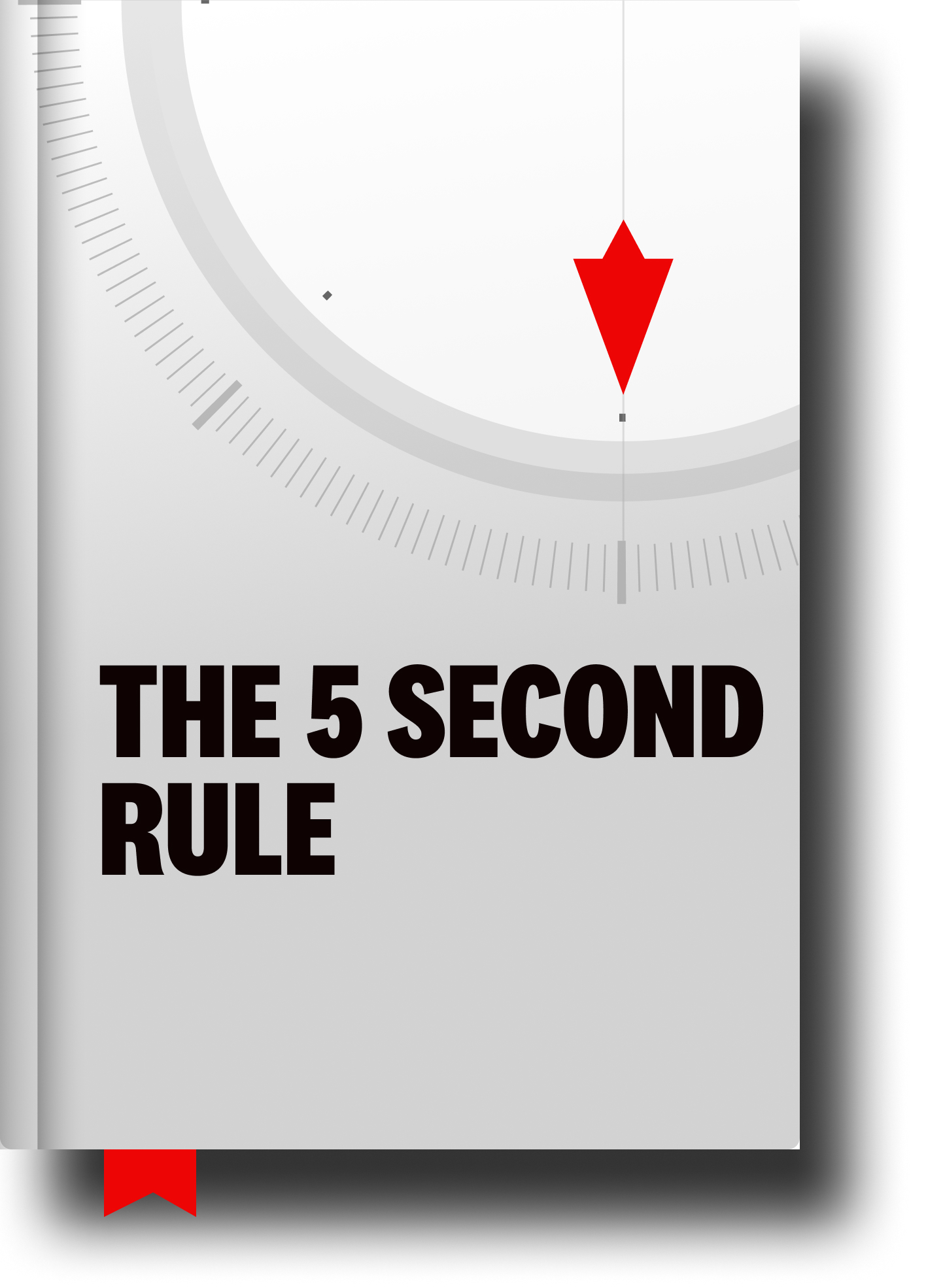 Earlier today I was working on the Note on Mel Robbins’ new book The High 5 Habit.

We’ll come back to some wisdom from that book soon.

Today I want to chat about a Big Idea from her first book called The 5 Second Rule.

We did a bunch of +1s based on wisdom from that book but somehow we skipped talking about THIS idea that made my eyes pop open when I re-read it.

“To play any game, you have to start. To win, you’ll need to keep going. If you want to make your dreams come true, get ready for the long game.”

She continues by saying: “Life is not a one-and-done sort of deal. You’ve got to work for what you want. Do you know the game Angry Birds? Rovio, the brand that created the game, launched 51 unsuccessful games before they developed Angry Birds. How about The Avengers star Mark Ruffalo? Do you know how many auditions he did before he landed his first role? Almost 600! Even Babe Ruth struck out 1,330 times. My favorite vacuum cleaner is Dyson. And there’s no wonder why it doesn’t suck at sucking up the dirt. James Dyson created 5,127 prototypes! What? And this last one will blow your mind. Picasso created nearly 100 masterpieces in his lifetime. But what most people don’t know is that he created a total of more than 50,000 works of art.”

Mel says: “Did you see that last number? 50,000. That’s two pieces of art a day. Success is a numbers game. And you’re not going to win it if you keep telling yourself to wait. The more often that you choose courage, the more likely you’ll succeed.”

I don’t know about you but my brain exploded more than once on those stats. 🤯

The fact that the Angry Birds creators launched 51 unsuccessful games before they developed Angry Birds or the fact that Mark Ruffalo went to almost 600 (!!!) auditions before he (goosebumps) got his FIRST role or that James Dyson worked on 5,127 prototypes in the process of figuring out how to create a vacuum that sucked so much it didn’t suck!

Pause and reflect on all that for a moment.

Think about what YOU really want to create in your life.

(What’s the ONE thing you REALLY want to achieve in this phase of your life?)

Haven’t achieved what you set out to achieve yet?

Shine a flashlight on what’s working.

Shine that same flashlight on what might need a little work.

Remember: “To play any game, you have to start. To win, you’ll need to keep going. If you want to make your dreams come true, get ready for the long game.”