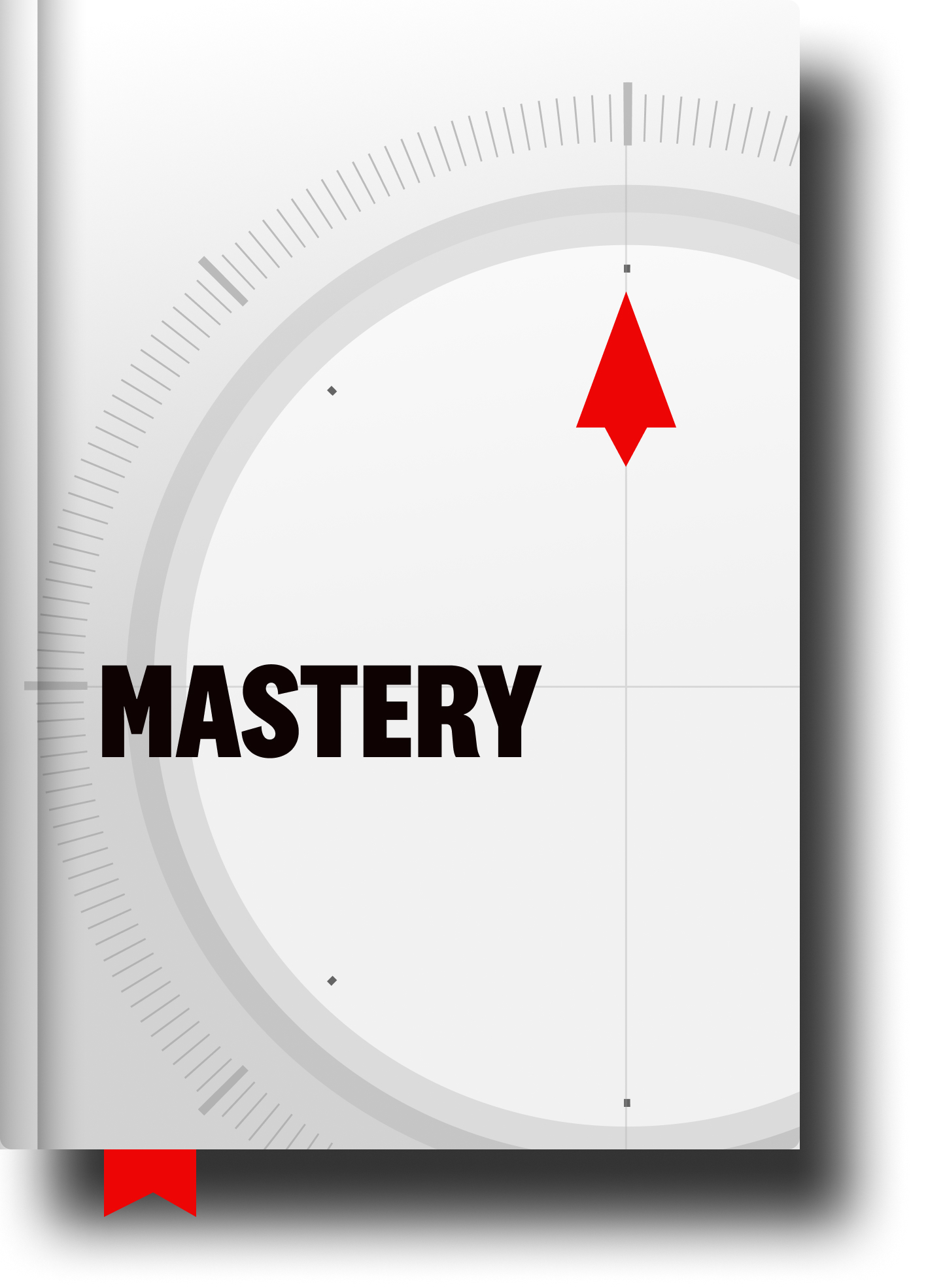 Continuing our George-Leonard-Mastery theme, here’s another quick little tip we want to keep in mind as we commit to becoming Masters.

Let’s say you’ve rolled up your sleeves and decided to be a MASTER! No more Dabbler or Obsessive or Hacker for you!

First, know this: “It’s easy to get on the path of mastery. The real challenge lies in staying on it.”

In other words, it’s a lot easier to be a hero at the beginning than a hero through that U all the way to the end (that’s forever getting further away if you’re really playing the game right! 🤓).

And, the point I really want to make Today: We’ve gotta know that, as we move forward on the path of Mastery, sometimes we’ll be crushing it and making a ton of progress. And, well, other times we WON’T be making a lot of progress.

That flat part? George calls it a “plateau.”

And he’s ALL about it—telling us over and over again that we need to learn to LOVE (cue choir of angels singing) that plateau.

Which is a hard thing to do. Because it’s kind of boring. ESPECIALLY in a culture with the collective attention span of a gnat in which we’re constantly (!) bombarded with images of instant success and life portrayed as one big, endless party of stimulation… It’s REALLY REALLY REALLY hard to love the boring plateau.

Here’s Master Leonard again: “Goals and contingencies, as I’ve said, are important. But they exist in the future and the past, beyond the pale of the sensory realm. Practice, the path of mastery, exists only in the present. You can see it, hear it, smell it, feel it. To love the plateau is to love the eternal now, to enjoy the inevitable spurts of progress and the fruits of accomplishment, then serenely to accept the new plateau that waits just beyond them. To love the plateau is to love what is most essential and enduring in your life.”

And, I love the way he describes his own experience when he noticed he was on a plateau with his aikido practice. He said to himself: “Oh boy. Another plateau. Good. I can just stay on it and keep practicing. Sooner or later, there’ll be another spurt.” “It was one of the warmest moments on my journey.”

What are you committed to mastering?

Say it with me: “Oh, boy! Another plateau. Good. I can just stay on it and keep practicing. Sooner or later, there’ll be another spurt.”

Here’s to the warm moments on our journeys.