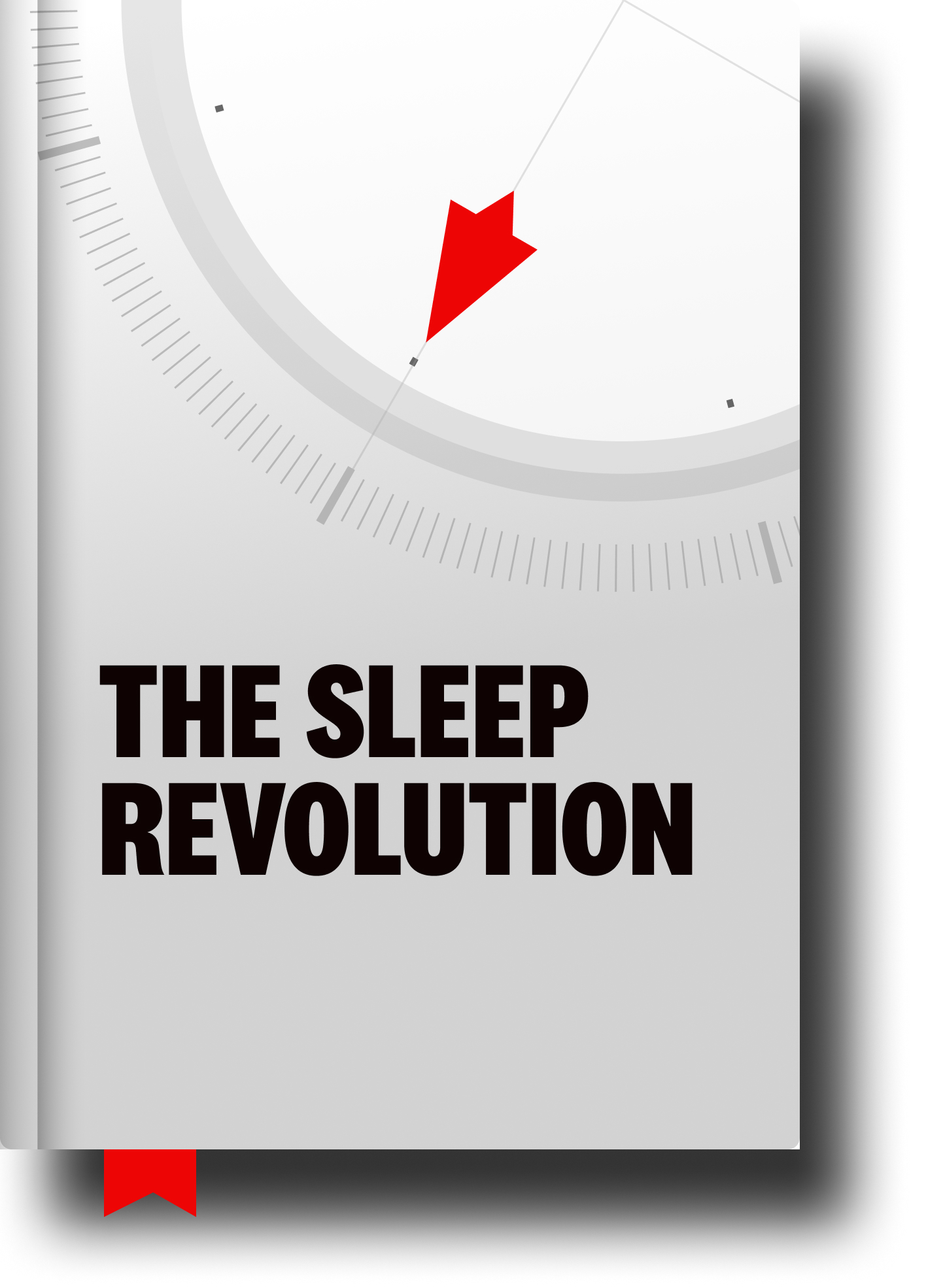 In our last +1, we talked about setting your “work-down” alarm so you don’t need to set a “wake-up” alarm. (For what time did you set YOUR alarm? :)

Today I’d like to have a quick chat about another great idea from Arianna’s great book The Sleep Revolution.

This one’s from a chapter about “Sleep and the Workplace” in which we learn that a lot of the tech companies keeping us up at night via their apps and other blue-light photon generators are also learning just how important sleep is for their employee’s well-being.

One of the leading sleep exemplars? Jeff Bezos.

You know how much sleep he gets every night? Eight hours.

He told The Wall Street Journal: “I’m more alert and I think more clearly… I just feel so much better all day long if I’ve had eight hours.”

Now, if the wealthiest person on the planet (who happens to be the first person worth over $100 billion) swears by eight hours of sleep perhaps we can all consider the same protocol?

Arianna tells us that “In the same [Wall Street Journal] article, venture capitalist Marc Andreesen talked about the lessons he learned after his sleep-deprived days launching Netscape: ‘I would spend the whole day wishing I could go home and go back to bed.’ Now he knows how to get the best out of himself: ‘I can get by on seven and a half without too much trouble. Seven and I start to degrade. Six is suboptimal. Five is a big problem. Four means I’m a zombie.’”

(How would you rate yourself at eight hours of sleep per night? Seven? Six? Five?)

And we can’t forget Warren Buffett. In a 2008 Letter to Shareholders of Berkshire Hathaway he said: “When forced to choose, I will not trade even a night’s sleep for the chance of extra profits.”

A lot of people want to “make money while they sleep.”

How about making money BECAUSE you sleep? 😴 🤑

Here’s to investing the right amount of (sleep) time into our most valuable asset. (That would be YOU and your consciousness, of course!)