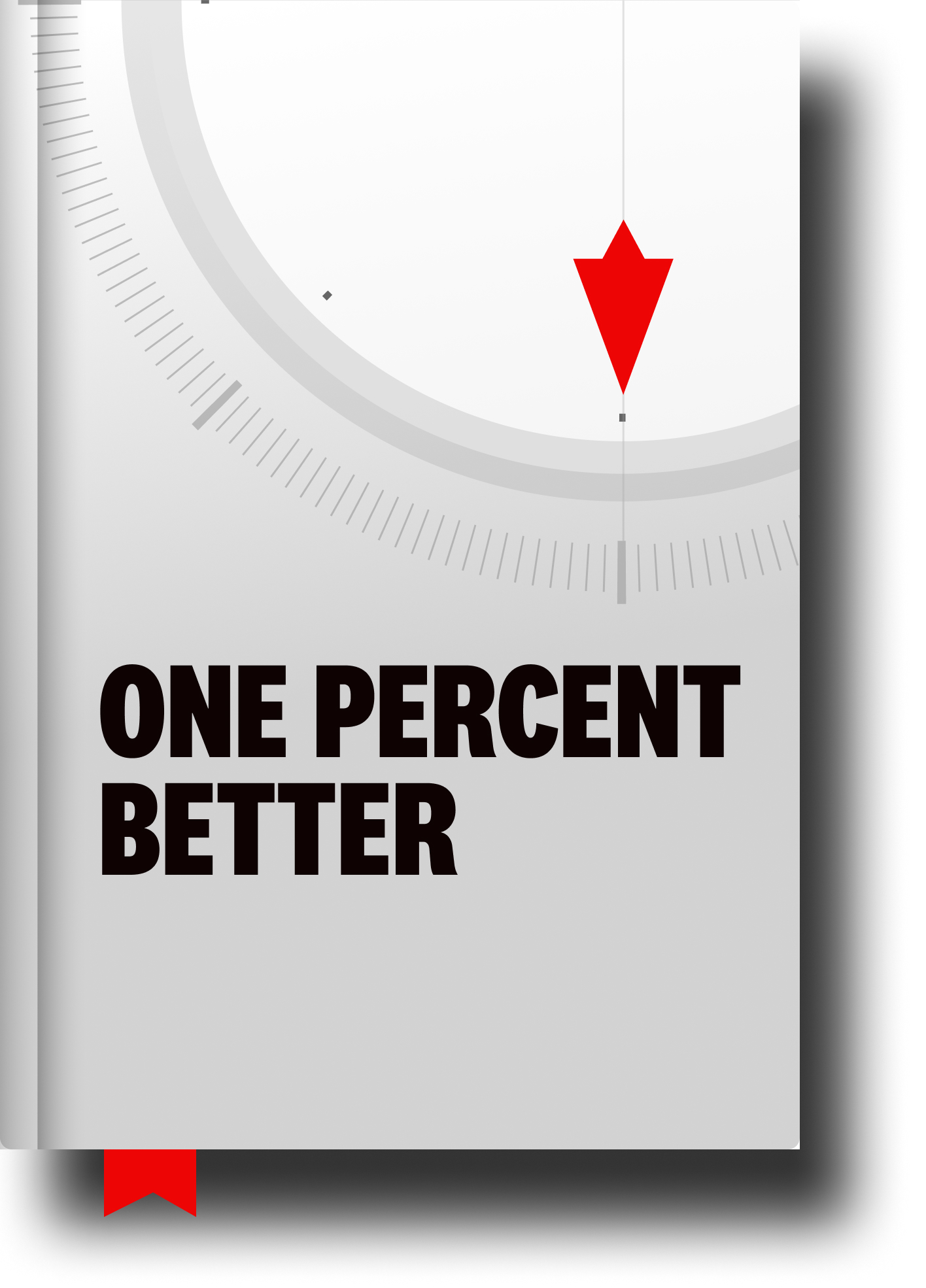 In our last +1, we talked about the fact that Brian Cain recently visited me and the Johnson fam out here in the country outside of Austin.

I casually mentioned that the kids and wifey and I had fun learning how to eat fire and break an arrow with our necks and do other fun things we didn’t think we could do.

Today I’d like to talk more about those broken arrows.

As we discussed, Brian is one of the world’s leading mental toughness coaches. He’s also a long-time student of mine and easily tied for first as one of the most inspiring, energized human beings I know.

When he visited, he left a couple books with me as gifts: The 10 Pillars of Mental Performance Mastery and One Percent Better.

They’re both super-quick reading, inspiring fables packed with a ton of wisdom. I read both of them in the same weekend. (That’s like me! 🤓)

Think: If Paulo Coelho wrote about mental toughness. And kinda like Robin Sharma’s The Monk Who Sold His Ferrari or Dan Millman’s Way of the Peaceful Warrior.

10 Pillars is all about the foundation of Brian’s mental performance mastery program while One Percent Better is all about, as per the sub-title, “How to Close the Gap from Where You Are to Where You Want to Be.” How? By getting ONE PERCENT BETTER. When? TODAY, Hero.

In One Percent Better, Brian shares a little formula with us that will be the basis of Today’s +1.

As the character in his book puts it: that acronym means “Ability + Strategy + Get Off Your Anatomy and do the work = Results.”

Then she says: “Ability is not something you are lacking to be the optimal version of yourself. You are simply blocking it. How we unblock our ability is by giving you the right strategy. … When you do that, you will see better results.’”

Want to become Heroic and tap into your ultimate potential?

You’re not necessarily lacking the Ability. The real issue might be that you don’t have the right STRATEGY.

This was a lesson that Brian made vividly real for me and the kids when he visited recently. How he’d do it? He showed us how to break an arrow with our neck and eat fire.

What’s breaking arrows with your neck and eating fire have to do with this idea? Everything.

Brian took a wooden arrow and placed one end against the wall and the other end against his neck. Then he took a deep breath, stepped forward and SNAPPED THE ARROW in half.

Then he invited us to do it. To which we were all tempted to say: “Nope! We’re good!” (Hah.) Then he told us, “You don’t lack the ABILITY to break the arrow with your neck. You just lack the STRATEGY on how to easily do it safely.”

Then he taught us how to do it. Then I did it. BOOM!

Same thing with eating fire. There’s a STRATEGY on how to do it. Once you know it, it’s EASY.

BJ Fogg echoes this wisdom in Tiny Habits. He tells us: “We are not the problem. Our approach to change is. It’s a design flaw—not a personal flaw.”

Again, it’s a STRATEGY issue not an ABILITY issue.

Ability + Strategy + Get Off Your Anatomy and DO THE WORK if you want the results!!

You can’t just know what to do. You have to DO IT.

Which is why the #1 thing we are most committed to with Heroic is helping you move from Theory to Practice to Mastery. We need to know the right strategy then we need to actually DO the things we know we could be doing.

GOYA and, as Brian Cain likes to say: Go Dominate the Day, Hero!!