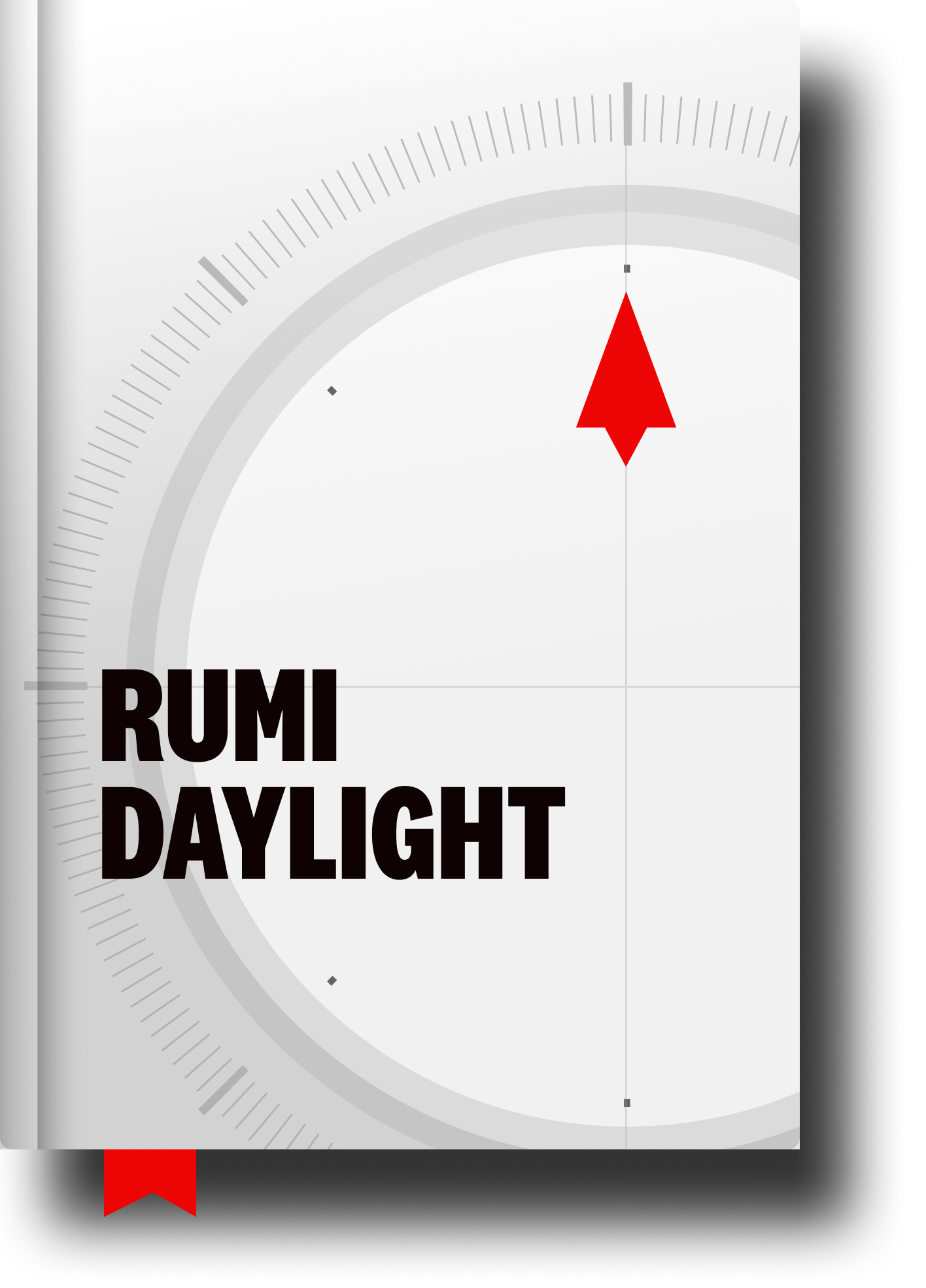 In our last +1, we talked about Yogananda’s advice on what to do when we face tough times.

As you may recall, the wise guru encouraged us to think of every trial as a “pickax with which to dig into the soil of your consciousness and release the fountain of spiritual strength that lies within.”

Yogananda’s wisdom and the idea of not complaining every time it gets hard makes me think of Rumi and some of his poetic wisdom on fearlessness from our Notes on Rumi Daylight.

Rumi tells us: “This discipline and rough treatment are a furnace to extract the silver from the dross. This testing purifies the gold by boiling the scum away.”

Note: I often repeat that to myself when I’m going through challenging times.

I’ll throw that into the ol’ brain along with this Rumi gem: “If you are irritated by every rub, how will you be polished?”

You’re a) human and b) a human committed to living Heroically.

What thoughts are YOU allowing to permeate your mind?

Here’s to keeping Yogananda and Rumi in mind.

How about keeping this Aurelius gem in mind as well?

The great Philosopher Emperor tells us: “Your mind will be like its habitual thoughts; for the soul becomes dyed with the color of its thoughts. Soak it then in such trains of thoughts as, for example: Where life is possible at all, a right life is possible.”

Any time I think of Rumi, I think of a little philosophical pilgrimage I made when I was a young man with considerably more hair. 🤓

After selling my first business, I became a philosopher—a lover of wisdom. I read a lot and traveled a bit. As part of that, I studied Socrates in Athens, Jesus in Jerusalem, Rumi in Konya, Turkey, and Aurelius near the Danube in Hungary.

To make sure all those wise elders are represented, how about we soak up some parallel wisdom from Socrates and Jesus to send us on our way Today?

In Discover the Power Within You (one of Oprah’s all-time favorites, btw!), Eric Butterworth tells us: “The admonition to go the second mile relates to the right of the Roman soldiers in Jesus’ time to compel subject peoples to carry their burdens for one mile. It was the imposition of despotism, but the subject people could do nothing about it. Jesus indicates an uncommon-sense way of doing something about it. They could break their bonds of enslavement by doing what was demanded of them as if they really enjoyed doing it. And that doesn’t make sense, does it? ...

When you go the second mile—give more to your work, are more thoughtful and kind to people, become a joyous giver and a gracious receiver—suddenly life takes on new meaning. On the second mile you find happiness, true friends, real satisfaction in living—and probably a larger pay check, too.”

THAT is a pretty powerful way to deal with challenging things, eh?

In The Gorgias, Plato has him tell us: “I desire only to know the truth, and to live as well as I can... And, to the utmost of my power, I exhort all other men to do the same... I exhort you also to take part in the great combat, which is the combat of life, and greater than every other earthly conflict.”

Here’s to bringing a pickax to our challenges as we burn away the dross, soak our minds in right thoughts, go the extra mile and joyfully engage in the great combat of life.