“The Millionaire Fastlane isn’t a static strategy that preaches “go buy real estate,” “think positively,” or “start a business,” but a complete psychological and mathematical formula that cracks the code to wealth and unlocks the gateway to the shortcut. The Fastlane is a progression of distinctions that gives probability to the unspeakable: Live richly today while young, and decades before standard norms of retirement. Yes, you can win a lifetime of freedom and prosperity, and it doesn’t matter if you’re 18 or 40. What “Get Rich Slow” does in 50 years, the Fastlane shortcut does in five.”

~ MJ DeMarco from The Fastlane Millionaire

He’s also a self-made multi-millionaire who powerfully challenges the conventional means of acquiring wealth (and the gurus who, as he points out, often make their money selling their systems, not by following their own advice).

If you’re not easily offended and would prefer to create extraordinary wealth while you’re still young rather than hoping to create what DeMarco calls “Wheelchair Wealth” (laughing), then this book is for you. It’s PACKED with Big Ideas on not just personal finance but how to create a great business.

Before we jump in, though, I’m going to offer a rare caveat.

Creating wealth by making significant contributions to the world is cool. However, we *scientifically* know that making wealth, fame or beauty our dominant goal will actually make us less psychologically stable (even if we’re confident we can achieve it).

It’s not either/or, but as we have fun rockin’ it financially, it’s important that we keep our primary focus on intrinsic stuff like awesome relationships, personal growth and contribution.

As Edward Deci tells us in Why We Do What We Do (see Notes): “The researchers found that if any of the three extrinsic aspirations—for money, fame, or beauty—was very high for an individual relative to the three intrinsic aspirations, the individual was also more likely to display poorer mental health. For example, having an unusually strong aspiration for material success was associated with narcissism, anxiety, depression, and poorer social functioning as rated by a trained clinical psychologist…

In contrast, strong aspirations for any of the intrinsic goals—meaningful relationships, personal growth, and community contributions—were positively associated with well-being. People who strongly desired to contribute to their community, for example, had more vitality and higher self-esteem. When people organize their behavior in terms of intrinsic strivings (relative to extrinsic strivings) they seem more content—they feel better about who they are and display more evidence of psychological health.”

Alrighty. With that disclaimer in place, let’s have some fun enjoying some of DeMarco’s wit and wisdom! :) 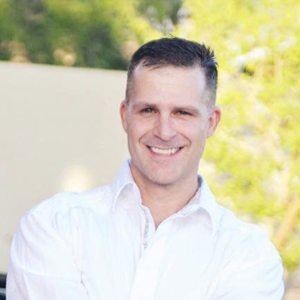