If you’ve ever heard of Sufism or the Whirling Dervishes, then you’ve probably been exposed, at least in part, to some of Rumi’s teachings. Born in modern day Afghanistan in the 13th century, he was one of the greatest Sufi philosophers and was the inspiration for Sema, the “universal movement” practiced by the Whirling Dervishes.

If you haven’t had the chance to enjoy some of Rumi’s incredibly beautiful poetry before, you’re in for a treat. :)

Rumi lived his life in Konya, Turkey, which was, at the time, the capital of the dominant Western Seljuk Empire. Rumi was a Professor of Religion at Konya University and was respected as an incredibly mystical and spiritual man; in fact, he was known as the “spokesman for the religion of love in the language of the heart.”

Rumi’s poetry has been captured in a number of different collections. In all, one is exposed to the manner in which Rumi demonstrates the unbridled joy that comes from living life fully, while urging us always to put aside our fears and take the risk required to do so.

Although Coleman Barks’ translation (The Essential Rumi) may be the most popular translation of Rumi’s poetry, I fell in love with Camille Adams Helminski’s translation (Rumi Daylight: A Daybook of Spiritual Guidance) on a trip through the Middle East that included a visit to Rumi’s tomb in Konya, Turkey. I have no doubt you’ll love the light and beautiful collection of Rumi’s poems she chose to translate in this edition.

For now, let’s enjoy some of my favorite Big Ideas, shall we? 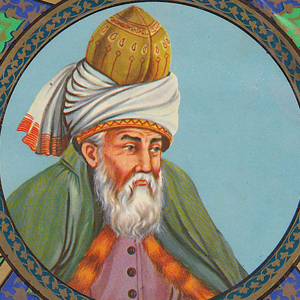