“In a long career as a writer, you find yourself working in a number of different disciplines. Each one teaches its own lessons. Not surprisingly, many carry over from one field to another. What you learn writing movies helps you when you move on to novels, and what you pick up writing fiction proves invaluable when you turn to nonfiction.

My first writing job was in the field I hated most and respected least—advertising. Yet the ad biz taught me the most, and it was stuff that served me powerfully in every subsequent incarnation.

Next I tried novels but I learned practically nothing because I was alone and kept making the same mistakes over and over. It wasn’t until I got to Hollywood and began writing for the movies that I really started to understand what a story was. So when I went back to novels after that, I had a sound foundation in narrative structure—what makes a story work and what makes it not work.

Moving into nonfiction taught further lessons, but not the ones I expected. And writing self-help took me into a whole other arena that to my non-surprise was at least as much about narrative as it was about content.

But of everything I learned, the most important lesson came at the beginning, on the very first day of my very first job. The lesson was, ‘Nobody wants to read your shit.’”

~ Steven Pressfield from Nobody Wants to Read Your Sh*t

When I first saw the title for this book I thought to myself, “Really, Steve? THIS is what you think I need to hear? That nobody wants to read my sh*t? I thought we were working on our Resistance and winning the War of Art! I already have a voice in my head telling me that nobody wants to read my stuff way too often and now YOU’RE going to scream it at me from the cover of this book as well?! Come on, good sir!”

<- That was literally pretty much my internal dialogue when I first saw the title on Amazon. (Hah!) Then I thought to myself, “Alright. What’s this about? I love Pressfield. He’s a creative genius. I’m all about the growth mindset so let’s lean in to some tough love and see if we can sharpen the tools for mastering our craft while sharpening our weapons for our war of art!”

Then I bought the book. I read it in between his newest book The Artist’s Journey and another book his publishing company put out called Running Down a Dream. (Check out those Notes, of course.) And… Here we are.

The book is great. It’s primarily for writers but it’s really for all storytellers and creators (that’s all of us on both fronts). If you like Pressfield and are obsessed about reading every nonfiction book he’s written (like me) then you’ll love the book. (Get a copy here.)

For our purposes, recognizing the fact that most of us are NOT writers, I’m excited to connect these ideas to the hero’s story we’re all writing for our own lives every moment of every day. So… Let’s jump in to this sh*t! :) 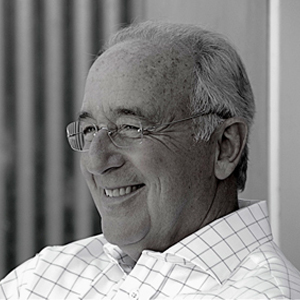