“Gaius Musonius Rufus (c. AD 30-100) was one of the four great Roman Stoic philosophers, the other three being Seneca, Epictetus, and Marcus Aurelius. Musonius had a considerable following while alive and after his death was admired by philosophers and theologians alike. Today, though, he is the least well known of the Roman Stoics. This is unfortunate, inasmuch as familiarity with the views of Musonius is essential if we are to fully understand Roman Stoicism. In particular, the insights of Musonius are indispensable if our goal is not so much to explore Stoicism as a philosophical theory as to discover what it means to be a practicing Stoic. …

Musonius’ lectures, because they are long on practical advice and short on theory, are quite accessible. They also give us insight into what it meant, in ancient Rome, to be a practicing Stoic. And for those whose interests are cultural rather than philosophical, they provide us with a window into daily life in first-century Rome.

Musonius’ reputation outlived him. Thus, more than a century after Musonius’ death, philosopher and theologian Origen, in discussing individuals who could be held up as examples of living ‘the best life,’ mentions two philosophers, Socrates and Musonius. By the end of the twentieth century, though, Musonius had fallen into obscurity. While the works of the other Roman Stoics could be obtained in most libraries and bookstores, the works of Musonius were surprisingly difficult to obtain. There was only one translation into English of his works… and where I live, only one tattered copy of this translation was available through inter-library loan. The translation that follows is an attempt to remedy this situation and help return Musonius to his rightful place in the Stoic pantheon.”

~ William B. Irvine from the Editor’s Preface to Musonius Rufus – Lectures and Sayings

I got this little book after William B. Irvine referenced it in his great book The Stoic Challenge.

I’d heard of Musonius Rufus but didn’t realize there was a collection of his wisdom I could read. So, of course, when I heard about this book, I got it. And, when I got it, I immediately dove in.

Unless you’re really into Stoicism, you’ve probably never heard of Musonius but he was one of the four great Roman Stoics. In fact, he was known as the “Roman Socrates.”

Like Socrates and Epictetus, Musonius never wrote a book. This book is a translation of a collection of his lectures and sayings as captured by one of his students—a guy named Lucius.

(Socrates had a guy named Plato take some good notes. Epictetus had Arrian.)

If you’re into Stoicism, I think you’ll really enjoy the book. Musonius has the same no-nonsense energy as his top student, Epictetus. It’s a joy to read and to feel his clarity and unequivocal conviction on the power of philosophy/living a life of virtue. (Get a copy here.)

Of course, it’s packed with Big Ideas and I’m excited to share a few of my favorites so let’s jump straight in! 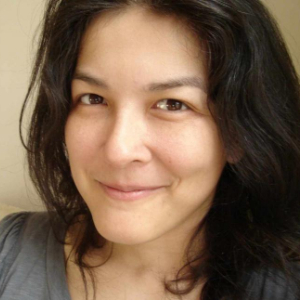