Ken Wilber. The Integral Philosopher (& Mystic). The guy with the intimidating and penetrating stare on the cover of those books of his.

I don’t know about you, but for a couple years I actually avoided his book, A Brief History of Everything, as it stared at me from my bookshelf. A brief history of what?!? And quit looking at me like that, dood!! (If you know the book cover, you know what I’m talking about. :)

My introduction to Ken’s work came with his brilliant interview series with Tami Simon of Sounds True. I remember being blown away by the scope of his vision, his (ridiculous!) ability to communicate complex ideas, and his sense of humor. At one point Tami asked him something along the lines of whether he was enlightened (that wasn’t it but close enough) and his reply was, in effect, that he was still a jerk on Tuesdays and Thursdays. That cracked me up and won me over.

I actually didn’t read my first book of Ken’s until AFTER I’d already spent 8 days in his workshops (I-WET and ILP—highly recommend both) and after I’d spent a couple hours chatting with him in person in Denver. (I was just getting started with Zaadz and we had an awesome chat about all things Integral/community/Internet.)

Although not an Integral-wonk, my worldview has fundamentally shifted thanks to Ken and his awesome team at the Integral Institute. I owe a huge debt to them for what I’ve learned and how I’ve transformed—intellectually and in my day-to-day life.

In this Note, I’m not going to go into any level of detail on the theory (for those in the know: I’m not even going to talk about AQAL (gasp!))—the new Integral Vision book is an awesome intro to all that stuff. Instead, I’m going to fill up these few pages with some of my favorite Big Ideas that we can apply to our lives today.

Enough of my soliloquy. Let’s get to work. 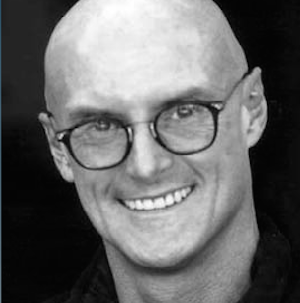