“The phrase Daring Greatly is from Theodore Roosevelt’s speech “Citizenship in a Republic.” The speech, sometimes referred to as “The Man in the Arena,” was delivered at the Sorbonne in Paris, France, on April 23, 1910. This is the passage that made the speech famous:

“It is not the critic who counts; not the man who points out how the strong man stumbles, or where the doer of deeds could have done them better.

The credit belongs to the man who is actually in the arena, whose face is marred by dust and sweat and blood; who strives valiantly; who errs, who comes up short again and again,

because there is no effort without error and shortcoming; but who does actually strive to do the deeds; who knows great enthusiasms, the great devotions; who spends himself in a worthy cause;

who at the best knows in the end the triumph of high achievement, and who at worst, if he fails, at least fails while daring greatly…”

The first time I read this quote, I thought, This is vulnerability. Everything I’ve learned from over a decade of research on vulnerability has taught me this exact lesson. Vulnerability is not knowing victory or defeat, it’s understanding the necessity of both; it’s engaging. It’s being all in.”

Have you watched her TED talks yet? If not, get on that.

Here’s her first one: Listening to shame. And the second: The Power of Vulnerability.

Brené is one of the world’s leading researchers on shame and vulnerability and this book is a powerful manifesto on the importance of being willing to embrace our vulnerability and, as the title suggests, dare greatly.

She’s a funny, down-to-earth and brilliant writer. It’s the kinda book that deliberately makes you feel (more than) a little uncomfortable (especially if you’re a recovering perfectionist like me! :0)as we don’t tend to shine a lot of light on the less than pleasant stuff in our lives and psyche. But that discomfort is worth it as we, to use her words, take off our masks, drop our armor and learn to be vulnerable while daring greatly more consistently.

If you’d like to embrace your vulnerability and live with more courage, compassion and connection, I think you’ll love the book. Get it here and check out Brené’s site for more goodness: brenebrown.com.

For now, let’s jump in with a quick look at a handful of my favorite Big Ideas! 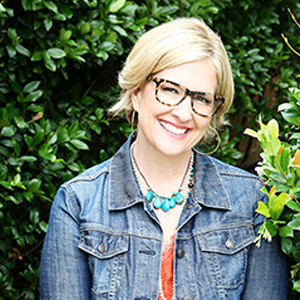