“In a world deluged by irrelevant information, clarity is power. In theory, anybody can join the debate about the future of humanity, but it is so hard to maintain a clear vision. We might not even notice that a debate is going on, or what the key questions are. Most of us can’t afford the luxury of investigating, because we have more pressing things to do: we have to go to work, take care of the kids, or look after elderly parents. Unfortunately, history does not give discounts. If the future of humanity is decided in your absence, because you are too busy feeding and clothing your kids, you and they will not be exempt from the consequences. This is unfair; but who said history was fair?

As a historian, I cannot give people food or clothes—but I can try to offer some clarity, thereby helping to level the global playing field. If this empowers even a handful of additional people to join the debate about the future of our species, I have done my job. …

Reality is composed of many threads, and this book tries to cover different aspects of our global predicament without claiming to be exhaustive. Unlike Sapiens and Homo Deus, this book is intended not as a historical narrative but rather as a selection of lessons. These lessons do not conclude with simple answers. They aim to stimulate further thinking and help readers participate in some of the major conversations of our time.”

~ Yuval Noah Harari from 21 Lessons for the 21st Century

Yuval Noah Harari is a brilliant thinker and author.

He got his Ph.D. in History from the University of Oxford and now lectures at the Hebrew University of Jerusalem, specializing in world history.

This is our third Note on his books.

We started with his first book, Sapiens, which “surveyed the human past, examining how an insignificant ape became the ruler of planet Earth.”

Then we covered his second book, Homo Deus, which “explored the long-term future of life, contemplating how humans might eventually become gods, and what the ultimate destiny of intelligence and consciousness might be.”

Those two books have sold over twelve million (!) copies and have been translated into over forty-five (!) languages.

This is Yuval’s third book. As he says, “In this book I want to zoom in on the here and now. My focus is on current affairs and on the immediate future of human societies. What is happening right now? What are today’s greatest challenges and most important choices? What should we pay attention to? What should we teach our kids?”

In many ways, of course, Yuval’s books are outside the scope of our normal Optimizing focus. I’m choosing to share Notes on them because a) I personally want to wrap my brain around these globally Big Ideas so I can lead as effectively as possible (see: An Audience of One); and, b) I think it’s important we ALL take the time to wrap our brains around these globally Big Ideas so we can all lead as effectively as possible.

As the title of the book suggests, Yuval shares 21 lessons for the 21st century. These lessons include his thoughts on how to think about everything from God, Religion and Terrorism to Education, Meaning and Meditation. It’s a provocative, thoughtful book. (Get a copy here.)

I’m excited to share some of my favorite Big Ideas with a focus on how we can apply that wisdom to our lives TODAY so let’s jump straight in! 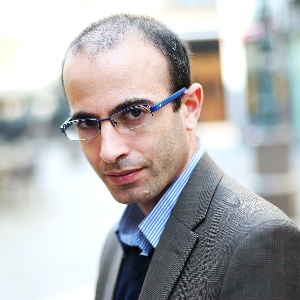