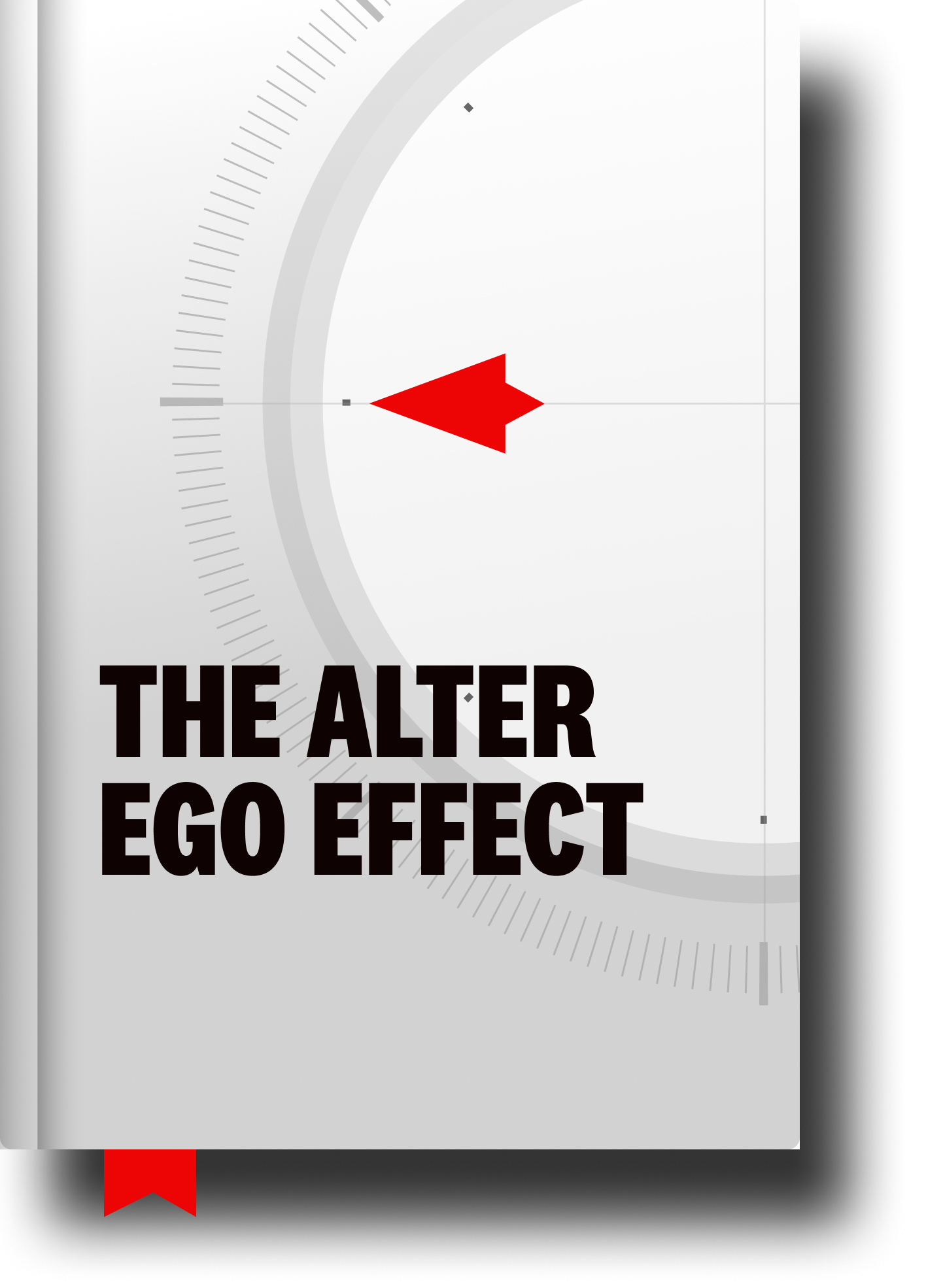 Not too long ago, we talked about Ellen Langer’s fascinating (!) research on the power of pretending you’re an air force pilot.

Play the role well and… Voila! The quality of your vision goes up.

I’ll let him tell us the goods.

He says: “A recent University of Minnesota study of four- and six-year-old children found that to teach kids perseverance parents should teach children to pretend to be like Batman or another favorite character—because it creates psychological distance, the very thing my clients like Ian talk about, and what I’ve observed happens when people create alter egos.

The study split kids into three groups. The researchers put a toy in a locked glass box and gave the kids a ring of keys. The catch? No key worked. The researchers wanted to see how to improve the children’s executive functioning skills and were interested in seeing how long they would try to unlock the box and what they would try. To help the kids, the researchers gave them what they called strategies. One strategy was to pretend to be Batman. The kids could even wear a cape! Dora the Explorer was a choice, too.

Researchers found that the kids who worked the longest were the ones who impersonated Batman or Dora, followed by children who just pretended, and, finally, the kids who remained in the first-person perspective. The kids impersonating Batman or Dora were flexible thinkers, they tried the most keys, and they were calmer. One four-year-old even said, ‘Batman never gets frustrated.’

The study shows us the power of identity–the power of how we see ourselves–and what happens when we, for a moment in time, can call forth a different self.”

One more time: WHAT?!

Let’s go to our Optimize closet and put on our favorite Heroic Self costume.

And play the part well.