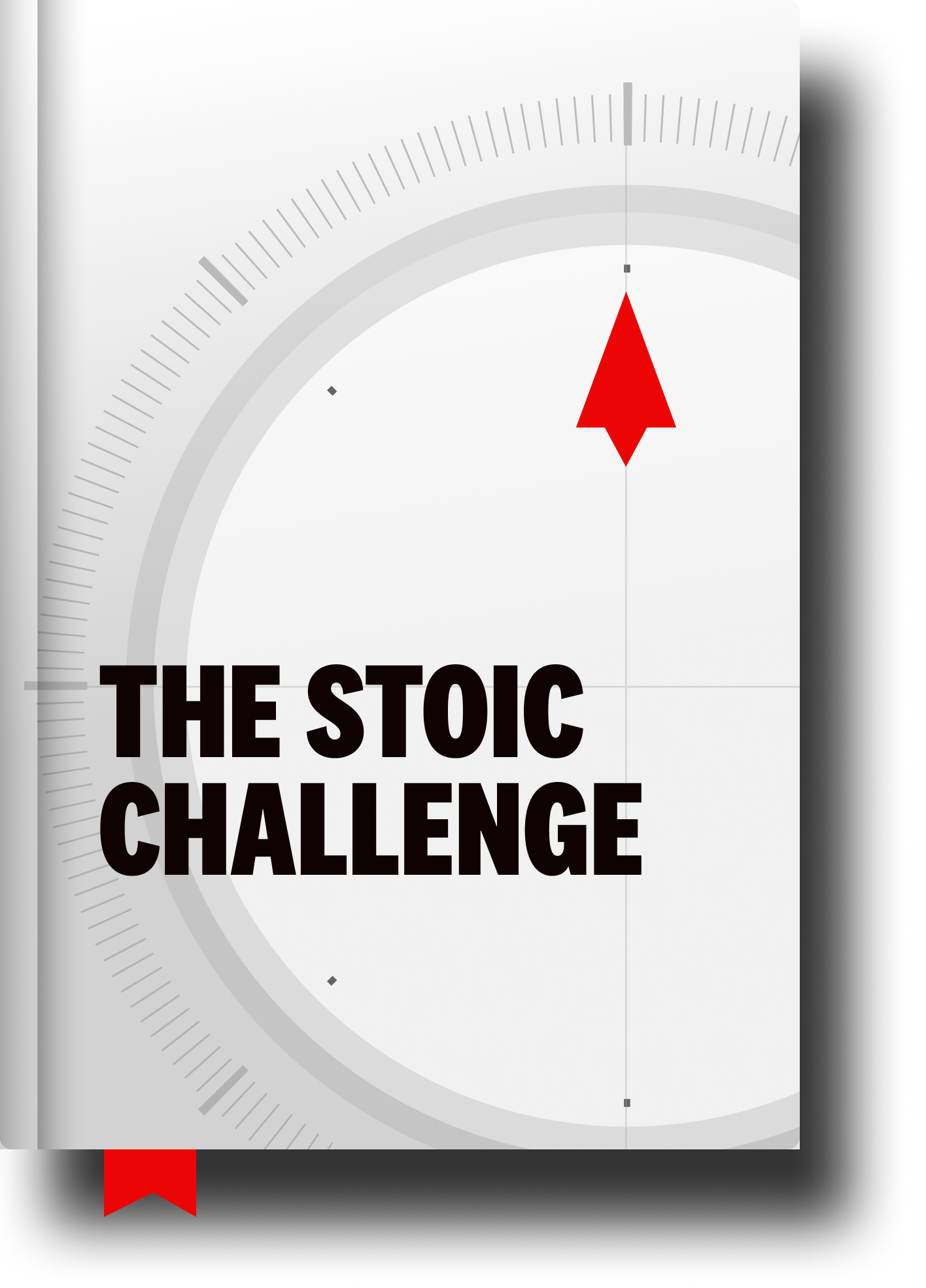 by William B. Irvine

Over the last couple of weeks, I’ve been having fun hanging out with some Stoics—some modern guys and some ancient ones.

It started with a day hanging out with William B. Irvine. Professor Irvine is a rare species—an academic professor of philosophy AND an actual practitioner of (Stoic) philosophy. He and I had fun spending some time together as I read his brilliant book The Stoic Challenge.

He mentioned a book by Musonius Rufus. I’d heard of him before but didn’t know there was a book we could get so… I got it. Read it. Loved it. (Musonius was Epictetus’s teacher. They both have an awesome intensity.)

Then I decided to keep the Stoic party going so I read Massimo Pigliucci’s How to Be a Stoic. Massimo has 3 Ph.D.s (one in genetics, another in evolutionary biology and a third in philosophy). He’s also one of those rare breeds who’s both a professor of and a practitioner of (Stoic) philosophy. In his book, he teaches us how to be a Stoic via an imaginary dialogue with Epictetus. It’s fantastic. (Today we’re going to talk about an Idea from his book.)

Then I invited Donald Robertson and Marcus Aurelius to the festivities. I mean, how can you pass up a book called How to Think Like a Roman Emperor, right?

Then, to make sure the party was complete, I spent time with Seneca and his brilliant essay On Anger.

It’s making a comeback these days thanks to guys William, Massimo, Donald and others (like Ryan Holiday and Tim Ferriss).

It’s been MUCH more influential on modern culture than you may realize.

We’ll skip the details but Viktor Frankl (psychiatrist, Holocaust survivor and author of Man’s Search for Meaning) says Stoicism was an important influence in developing Logotherapy. And, Aaron Beck (the creator of Cognitive Behavioral Therapy) said that: “The philosophical origins of cognitive therapy can be traced back to the Stoic philosophers.”

All of which gets us one step closer to the point of Today’s +1.

You remember our discussion about James Stockdale and his interview with Jim Collins about who survived the horrific experiences of the prisoner-of-war camp he was the commanding officer of during the Vietnam War?

Well, Massimo talks about it in How to Be a Stoic.

Here’s how he puts it: “Eventually, [James] Stockdale was released and came back to the United States, in horrible physical condition. He began to recover, however, and in 1976 he was awarded the Medal of Honor, the highest military recognition, given for acts of valor above and beyond the call of duty.

When he was asked in an interview who didn’t make it out of the Hanoi Hilton, Stockdale replied:

Oh, that’s easy, the optimists. Oh, they were the ones who said, ‘We’re going to be out by Christmas.’ And Christmas would come, and Christmas would go. Then they’d say, ‘We’re going to be out by Easter.’ And Easter would come, and Easter would go. And then Thanksgiving, and then it would be Christmas again. And they died of a broken heart. . . . This is a very important lesson. You must never confuse faith that you will prevail in the end—which you can never afford to lose—with the discipline to confront the most brutal facts of your current reality, whatever they might be.

The interviewer referred to this as the Stockdale Paradox, but he might as well have attributed it to the original source: Epictetus.”

Let’s make it The Stoic Paradox.

Most importantly, let’s make the wisdom a part of our lives.

Facing any challenges in your life?

Let’s let go of the naive optimism and ground it in reality.

1. Let’s affirm our faith that we will prevail in the end.

2. Let’s have the discipline to confront the most brutal facts of our reality, whatever they may be.

Then we can do what needs to get done, play our roles well and go forward with the wise, courageous serenity of a Stoic sage.

by William B. Irvine