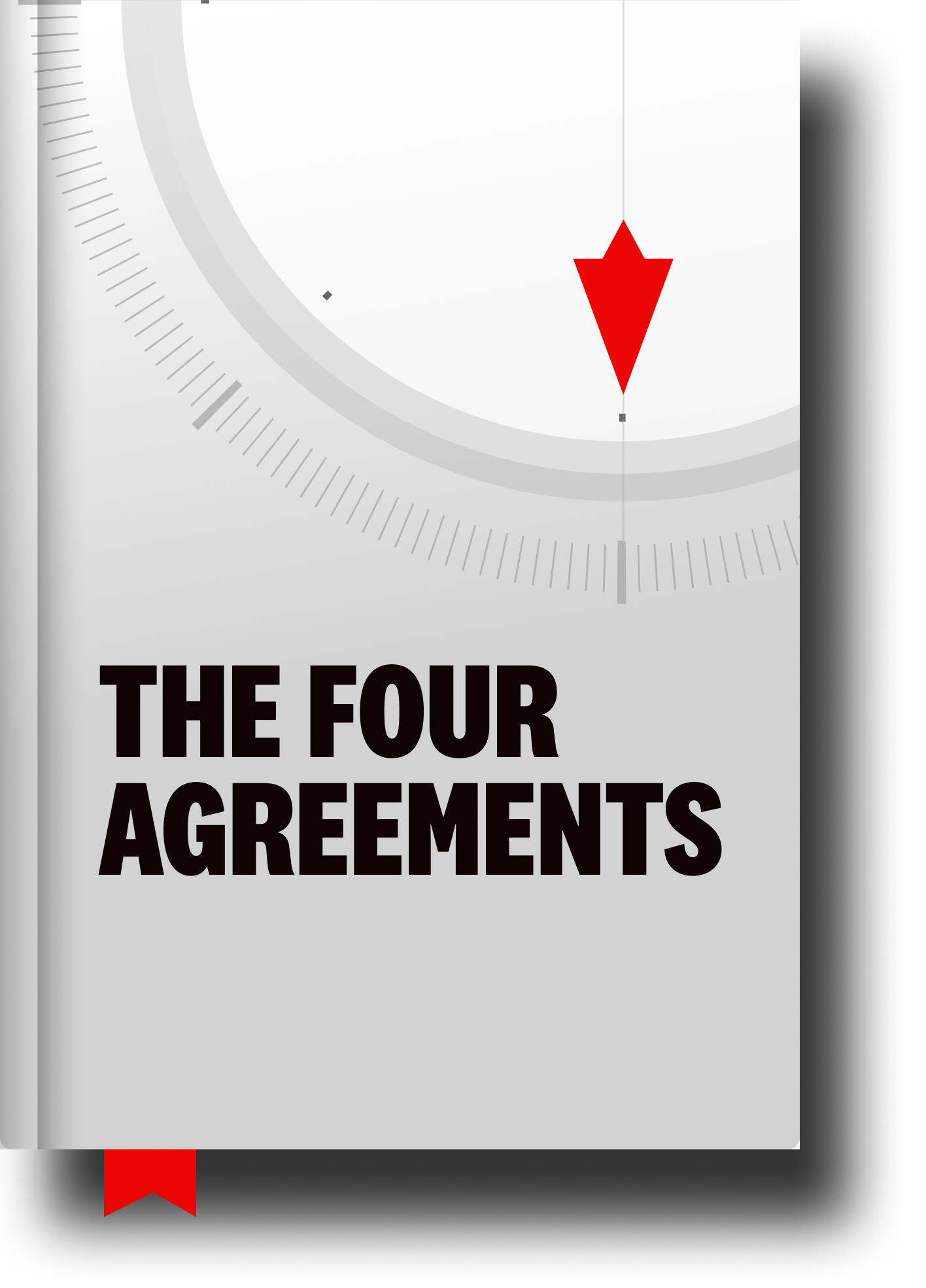 Don Miguel Ruiz wrote The Four Agreements. His classic little book has sold over 5 million copies in the US and has been translated into 38 languages.

Let’s have some fun unpacking those Four Agreements in less than four minutes! 🤓

First, here they are:

The First Agreement: Be Impeccable with Your Word. What’s that mean? Well, Don Miguel tells us that the word “impeccable” literally means “without sin.” In this context, we’re talking about being in integrity with your highest self. To not “sin” against that best version of you. Starting with how you communicate with yourself and others.

In short: No complaining. No criticism. No blaming. No gossiping. Ever.

It’s “the most important one and also the most difficult one to honor. It is so important that with just this first agreement you will be able to transcend to the level of existence I call heaven on earth.”

Imagine interacting with the same person in two different situations.

First: the person had an AWESOME day — they got a great night of sleep, won the lottery and every other thing that could’ve possibly gone well for them unfolded perfectly. They’re feelin’ great. How do you think they’re going to treat you? Probably pretty well, eh?

Now, same person. This time, they got a really bad night of sleep, lost their job, got in a car accident, didn’t eat all day long and every other annoying thing that could’ve happened, happened. Not in such a good mood. How do you think they’re gonna treat us now? Probably nowhere near as well as when they’re rested, happy and all that, eh?

The important thing to note here is that WE were exactly the same in both situations. But if we base our opinion of ourselves on how someone else treats us, we’re in trouble.

The Third Agreement: Don’t Make Assumptions. Want a quick way to get in trouble? Make assumptions about someone else’s behavior. Notice how often we do that. And, do we assume the best? No. We assume the worst.

Solution: “The way to keep yourself from making assumptions is to ask questions. Make sure the communication is clear. If you don’t understand, ask. Have the courage to ask questions until you are as clear as you can be.”

And, remember that sometimes your best will be ridiculously awesome. And, at other times it won’t be so awesome.

But: “Under any circumstance, always do your best, no more and no less. But keep in mind that your best is never going to be the same from one moment to the next. Everything is alive and changing all the time, so your best will sometimes be high quality, and other times it will not be as good.”

There ya go. The Four Agreements in less than four minutes.

Today’s +1. How about you take a bonus minute to reflect on which of those agreements you can Optimize just a little more today?