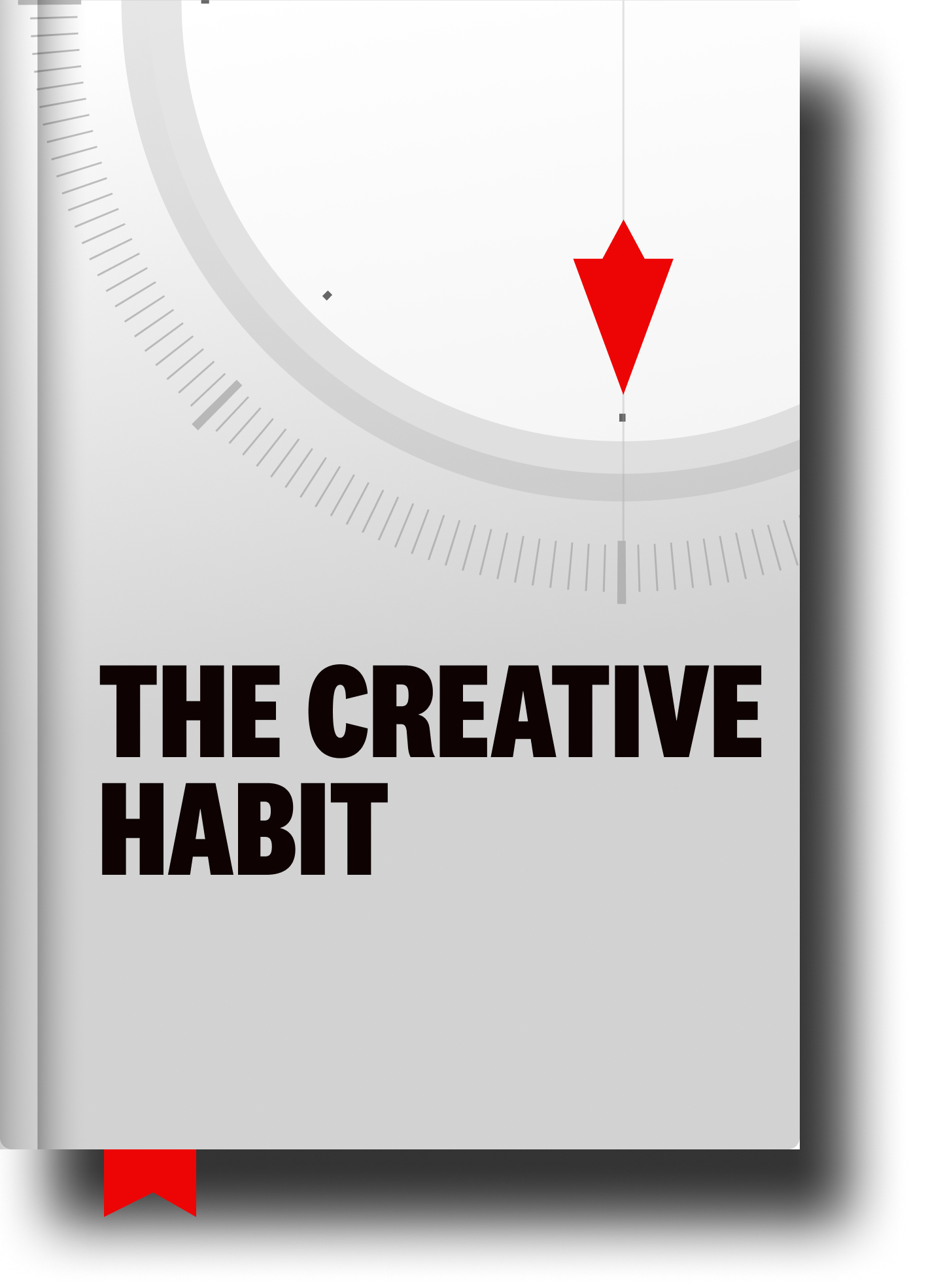 Over the last 11 years, I’ve created (and we’ve shared) over 500 PhilosophersNotes.

I’m working my way through all 500+ Notes and it always blows me away how the same wisdom can hit me in such a profoundly new way.

One of the Notes I recently re-read was on Twyla Tharp’s BRILLIANT little book called The Creative Habit.

As you may know, Tharp is one of the world’s all-time great choreographers. She’s created more than 130 (!!!) dances for her company as well as for everyone from the Joffrey Ballet to London’s Royal Ballet.

Wonder what her book is about?

Well, here’s how she puts it: “I will keep stressing the point about creativity being augmented by routine and habit. Get used to it. In these pages a philosophical tug of war will periodically rear its head. It is the perennial debate, born in the Romantic era, between the beliefs that all creative acts are born of (a) some transcendent, inexplicable Dionysian act of inspiration, a kiss from God on your brow that allows you to give the world The Magic Flute, or (b) hard work.

If it isn’t obvious already, I come down on the side of hard work. That’s why this book is call The Creative Habit. Creativity is a habit, and the best creativity is a result of good work habits. That’s it in a nutshell.”

Although research says that Talent does matter (see Angela Duckworth’s math on how to integrate the “born with it” and “work it!” perspectives that we discuss in our +1 on How to Build Your Grit), let’s remember that, as research also tells us, Effort counts twice.

Want to be creative?

Put in the Effort.

My #1 tip on how to go about doing that?

As we’ve discussed (more than a few times!), consider being CREATIVE before you’re REACTIVE.

And, if you feel so inspired, let’s operationalize that idea by creating a Pre-Input Deep Work Win tomorrow morning. (aka: Before you allow ANY non-family digital inputs into your life (email/social/news/etc.), go DEEP on what matters most to you. Even if it’s just for a few minutes!)

Then do it the day after that.

Accrete a little more value day in and day out.

Let’s establish the habit of being creative.