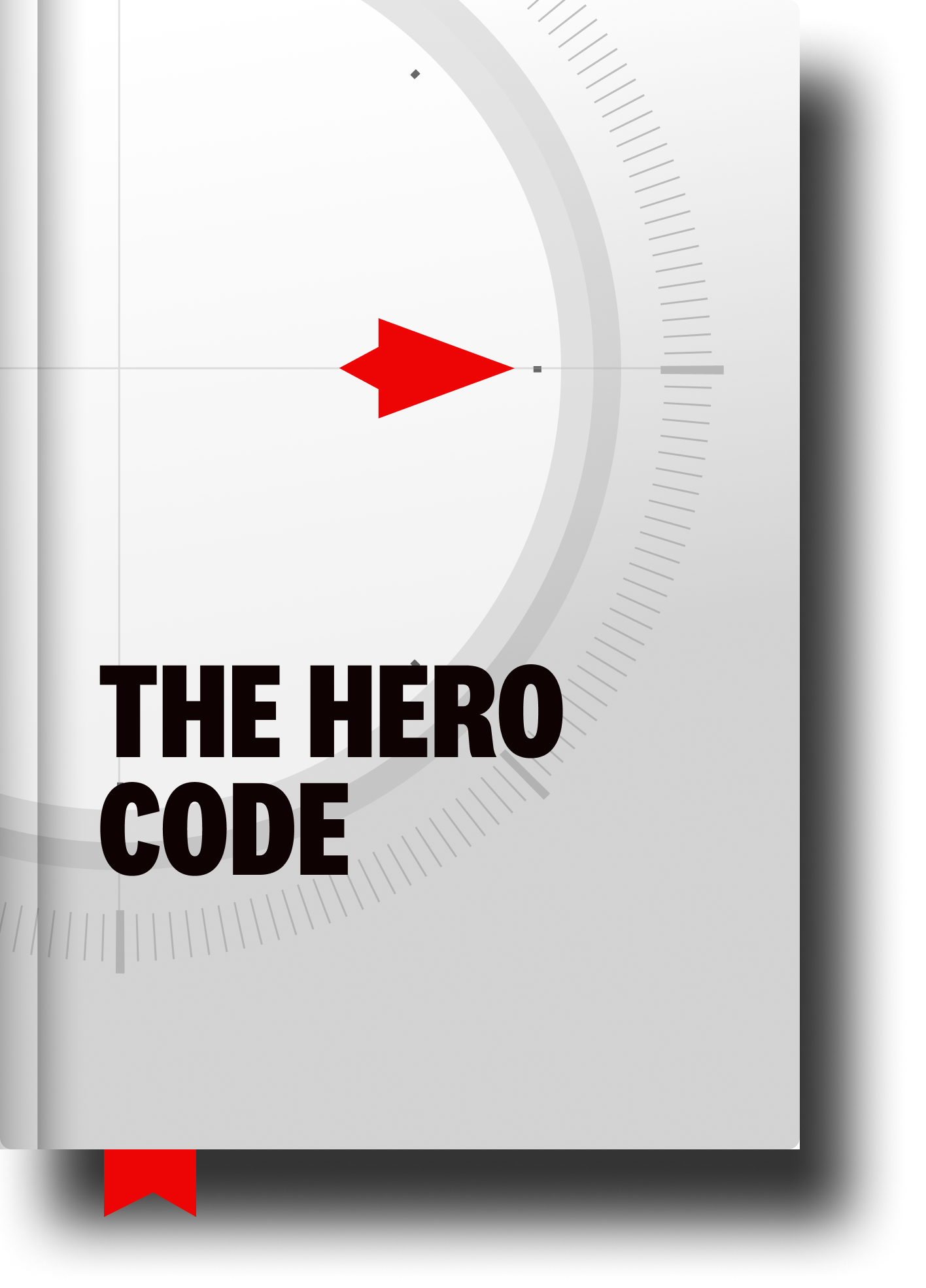 In our last couple +1s, we chatted about Admiral McRaven’s and Ryan Holiday’s take on Courage.

Remember: Courage is calling. All we need to do is take JUST ONE STEP.

Today I want to explore some more wisdom from McRaven’s great new book, The Hero Code.

Let’s shine a spotlight on the sixth virtue, Perseverance.

We’ll invite Admiral McRaven back to the party to share his wisdom on the subject.

He tells us: “I believe history will show that success is not just a function of brains or brawn, of talent or intellect, of skill or resourcefulness, but of perseverance. Genius without resolve is just another passing person with a bright idea. Athletic prowess without determination is just another talent wasted. The world is filled with men and women who amounted to nothing because they gave up on their dreams: because they didn’t have the guts, the determination, the willpower to keep going—no matter what. But history is equally replete with heroes who fought through the challenges, persevered, and made a difference.

George Washington was defeated on the battlefield more times than he won. Abraham Lincoln lost eight elections before he won the presidency. Thomas Edison failed ten thousand times before inventing the lightbulb. Henry Ford had two failed companies before he found success. J. K. Rowling was destitute before she got the first Harry Potter book published, and Oprah Winfrey had an extremely difficult childhood before finding her way. Martin Luther King once famously said, ‘If you can’t fly, run. If you can’t run, walk. If you can’t walk, crawl. But by all means, keep moving.’”

It does a noble Hero good.

That first paragraph reminds me of this classic Calvin Coolidge wisdom: “Nothing in the world can take the place of persistence. Talent will not; nothing is more common than unsuccessful men with talent. Genius will not; unrewarded genius is almost a proverb. Education will not; the world is full of educated derelicts. Persistence and determination are omnipotent. The slogan ‘press on’ has solved and always will solve the problems of the human race.”

And, although I knew about Lincoln’s failures and J. K. Rowling’s challenges before Harry Potter success (check out our Notes on Leadership in Turbulent Times for more on Lincoln and our collection of Notes on all the Harry Potter books here), I never knew that about George Washington.

Isn’t it fascinating to imagine him losing more battles than he won?!

Thank you, George, for persevering.

(Seriously. Thank you, sir. I don’t take the freedom my country affords me for granted as I know that you fought for SEVEN YEARS to fulfill the Declaration of Independence. 🙏 )

It does a noble Hero good.