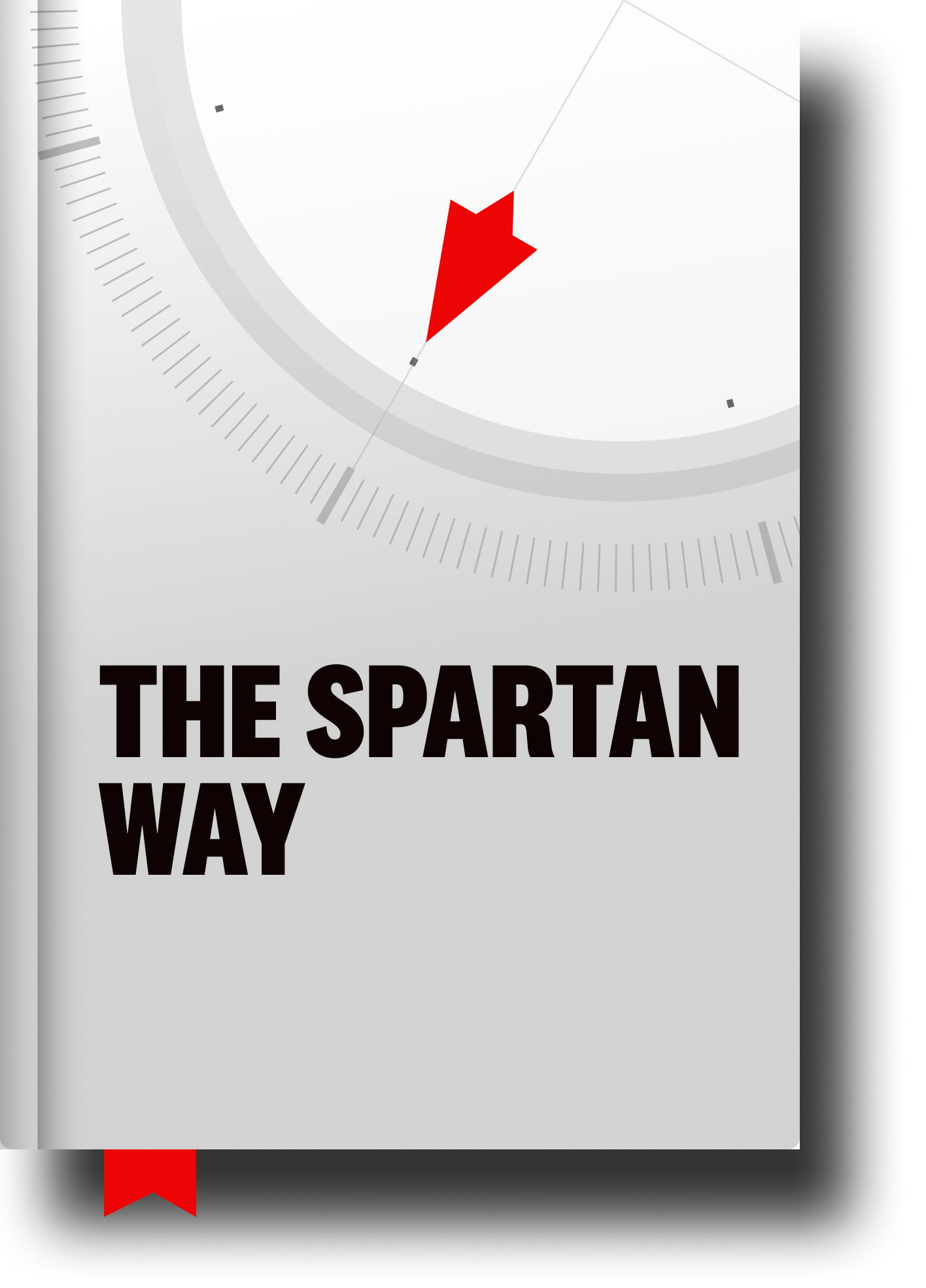 I started writing this at 5:22 on September 29th, 2019. I was in the Squaw Valley Resort (room 316) in Northern Lake Tahoe for the Spartan World Championships that we talked about not too long ago.

I found myself reflecting on how blessed my life was and how grateful I was to be there with my family sleeping in the room next to me.

The day before I had completed the Spartan World Championships race course. And, in less than an hour (at 6:00 am!) I was going to be interviewed by my new friend (and soul-brother!) Joe De Sena for his Spartan podcast.

I knew I had to create this +1 and call it “My Two Favorite Joes.”

I’m at the Spartan World Championships. Of course, as we’ve discussed many times, Joe De Sena created the Spartan race.

I read his book Spartan Up! years ago. Then Spartan Fit. Those got me to do my first few Races. But, I was, to use George Leonard’s word for one variation of a non-Master: a Dabbler.

Then, I felt inspired to step up my game quite a bit and go for being a World-Class Spartan Athlete. That increased the fun.

Then I ran into the super-inspiring, humble guy who was the world-champion for guys 50 years and older. That might have taken my inspiration up about ten notches.

I decided to follow my inspiration and dial up my mastery practice/training to see just what I was capable of. As we discussed, I got so into Spartan that we constructed a bunch of obstacles in our backyard and even put one of their hardest obstacles (a “Twister”) on my office ceiling next to some monkey rings. (← Who DOES that? lol)

Around the same time, I decided to cement my commitment to my Identity as a Spartan Athlete by wearing Spartan’s sweat band. All day. Every day. (← Who DOES that? lol)

Joseph Campbell would say that I was “following my bliss.”

I did all of that simply because I wanted to have fun challenging myself in pursuit of becoming my optimus-best Energy wise. I was pretty sure the investment (cash and time and otherwise) would be paid for by me becoming even more of a radiantly alive exemplar as a Professional Optimizer but…

I had no idea that, to quote Grandpa (Hero’s Journey) Joe Campbell again: so many “doors would appear where there were once only walls.”

I started talking about Spartan a lot in our +1s.

I had no idea that a bunch of people who work for Spartan were subscribers to Optimize. But, apparently, a bunch of them love us and loved the +1s I was creating on Spartan.

They started forwarding some +1s to Joe.

Joe reached out, said he loved what I was doing. We connected.

It was love at first chat. (Or, as Joe said in our video chat: “You had me at the Twister.” lol)

Which leads us back to my two favorite Joes: Joe Campbell and Joe De Sena.

Most importantly, it leads us back to YOU.

Are you following your bliss?

Are you also following your grunt?

Any room to Optimize both of those fronts a little (/a lot) more Today?

P.S. Here’s the Campbell quote (from his interview series with Bill Moyers on The Power of Myth) that I reflected on that fine morning in Tahoe.

Moyers: “Do you ever have this sense when you are following your bliss, as I have at moments, of being helped by hidden hands?”

Campbell: “All the time. It is miraculous. I even have a superstition that has grown on me as a result of invisible hands coming all the time—namely, that if you do follow your bliss you put yourself on a kind of track that has been there all the while, waiting for you, and the life that you ought to be living is the one you are living. When you see that, you begin to meet people who are in the field of your bliss, and they open the doors to you. I say, follow your bliss and don’t be afraid, and doors will open where you didn’t know they were going to be.”

P.P.S. In our next +1, we’ll enjoy some Joe De Sena-inspired Spartan Virtue wisdom. Today, let’s swim in some Campbell-Hero goodness shall we? (I felt like I could have copied-pasted everything from our Notes on A Joseph Campbell Companion, The Power of Myth and Pathways to Bliss!)

“Sri Ramakrishna said, ‘Do not seek illumination unless you seek it as a man whose hair is on fire seeks a pond.’”

“The hero journey is one of the universal patterns through which that radiance shows brightly. What I think is that a good life is one hero journey after another. Over and over again, you are called to the realm of adventure, you are called to new horizons. Each time, there is the same problem: do I dare? And then if you do dare, the dangers are there, and the help also, and the fulfillment or the fiasco. There’s always the possibility of a fiasco. But there’s also the possibility of bliss.”

“What is it we are questing for? It is the fulfillment of that which is potential in each of us. Questing for it is not an ego trip; it is an adventure to bring into fulfillment your gift to the world, which is yourself. There’s nothing you can do that’s more important than being fulfilled. You become a sign, you become a signal, transparent to transcendence; in this way, you will find, live, and become a realization of your own personal myth.”

“When I taught in a boy’s prep school, I used to talk to the boys who were trying to make up their minds as to what their careers were going to be. A boy would come to me and ask, ‘Do you think I can do this? Do you think I can do that? Do you think I can be a writer?’ ‘Oh,’ I would say, ‘I don’t know. Can you endure ten years of disappointment with nobody responding to you, or are you thinking that you are going to write a best seller the first crack? If you have the guts to stay with the thing you really want, no matter what happens, well, go ahead.’”

“I think it was Nietzsche who said, ‘Be careful lest in casting out the devils you cast out the best thing that’s in you.’”

“There is an important idea in Nietzsche, of Amor fati, the ‘love of your fate,’ which is in fact your life. As he says, if you say no to a single factor in your life, you have unraveled the whole thing. Furthermore, the more challenging or threatening the situation or context to be assimilated
and affirmed, the greater the stature of the person who can achieve it. The demon that you can swallow gives you its power, and the greater life’s pain, the greater life’s reply.”

“The ultimate aim of the quest must be neither release nor ecstasy for oneself, but the wisdom and the power to serve others.”