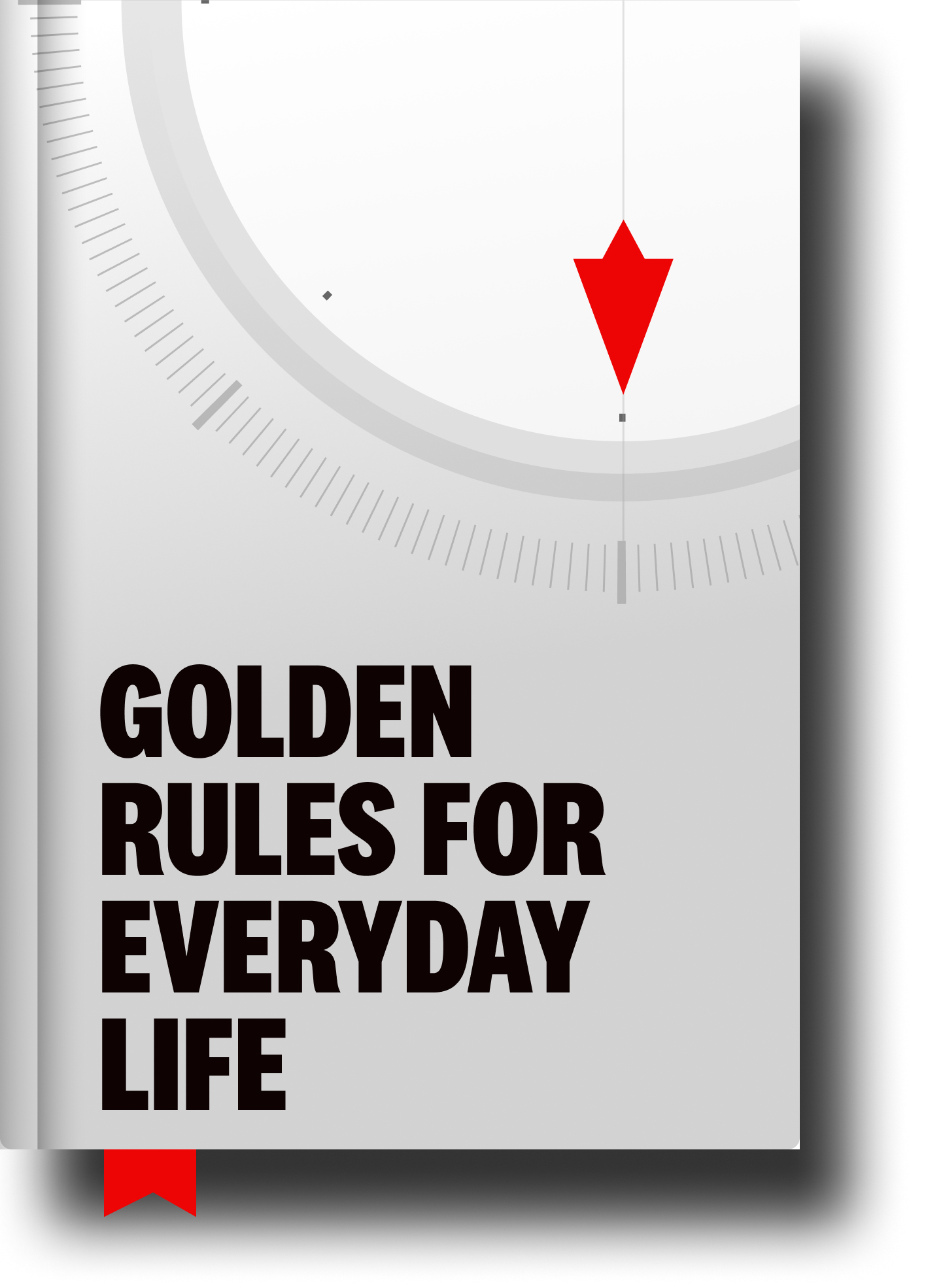 In our last +1, we hung out with an obscure 20th century philosopher and spiritual teacher named Omraam Mikhaël Aïvanhov.

He wisely reminded us that: “The past is past but it has given birth to the present, and the present contains the roots of the future. This means that you must build your future in advance by improving the present.”

Today we’re going to spend a little more time with him and his wisdom from his great little book Golden Rules for Everyday Living. In fact, we’re going to step in some mental concrete with him.

Aïvanhov was a Christian mystic. He was born in Bulgaria in 1900 and taught in France until his death in 1986. He reminds me of some other somewhat obscure spiritual teachers like Vernon Howard (see our Notes on The Power of Your Supermind) and Sri Swami Satchidananda (see Notes on The Golden Present). I also thought of Rumi as I read the book (see Notes on Rumi Daylight) along with some old school Stoic philosophers (see that collection!).

Aïvanhov tells us: “Never let your inner feelings of malaise reach such proportions that you can no longer put them right. Suppose you absentmindedly stepped in some wet concrete and are so lost in thought that you neglect to step out of it again; what will the result be? The concrete will harden; in fact, it will become so hard that someone will have to go and get some tools to break it before you can get your feet free, and you may well be hurt in the process. Well, this is what happens in the inner life: if you fail to put your mistakes or faults right very quickly, it will be too late. The remedy will be very costly and may well cause further damage.”

I absolutely LOVE that metaphor.

Imagine cruising down the street.

You’re so busy looking down at your smartphone (hah) that you don’t notice the new concrete that was just poured on the sidewalk. You step right in it.

You’re so lost in thought (and/or tapping away at the screen you’re staring at) that you don’t move and/or notice the concrete hardening around your feet until… OOPS! You’re stuck.

Moral of the metaphor: Ideally, avoid stepping in the concrete in the first place but… When you inevitably do, don’t let it harden!!

In other words: Notice and then FIX YOUR MISTAKES quickly while it’s still relatively easier.

Aïvanhov puts it another way: “When a disaster occurs in the ordinary way of life, we see how firemen or soldiers immediately come to the rescue to put out a fire, repair bridges, clear the roads, rescue the injured and so on. People find it perfectly natural to repair physical damage immediately, but when it comes to the inner world, they don’t know what to do; they look on without reacting as the destruction continues. No, you must look into yourself and see what needs to be repaired, five, ten, twenty times a day, and not leave it until later. Otherwise, when ‘later’ comes it will be too late. You will have already fallen to pieces and been annihilated.”

Step in any concrete lately?

Let’s remember to use one of our Tools and get ourselves out quickly!

btw: Any time I think of spiritual teachers and metaphorical concrete, I think of Pema Chödrön and her wisdom. In The Places That Scare You, she says: “This is the path we take in cultivating joy: learning not to armor our basic goodness, learning to appreciate what we have. Most of the time we don’t do this. Rather than appreciate where we are, we continually struggle to nurture our dissatisfaction. It’s like trying to get flowers to grow by pouring cement on the garden.”

btw2: Perhaps my favorite wisdom gem from Aïvanhov is this: “It is time you understand that true spirituality means that you yourself become the living expression of the divine teaching you follow.”