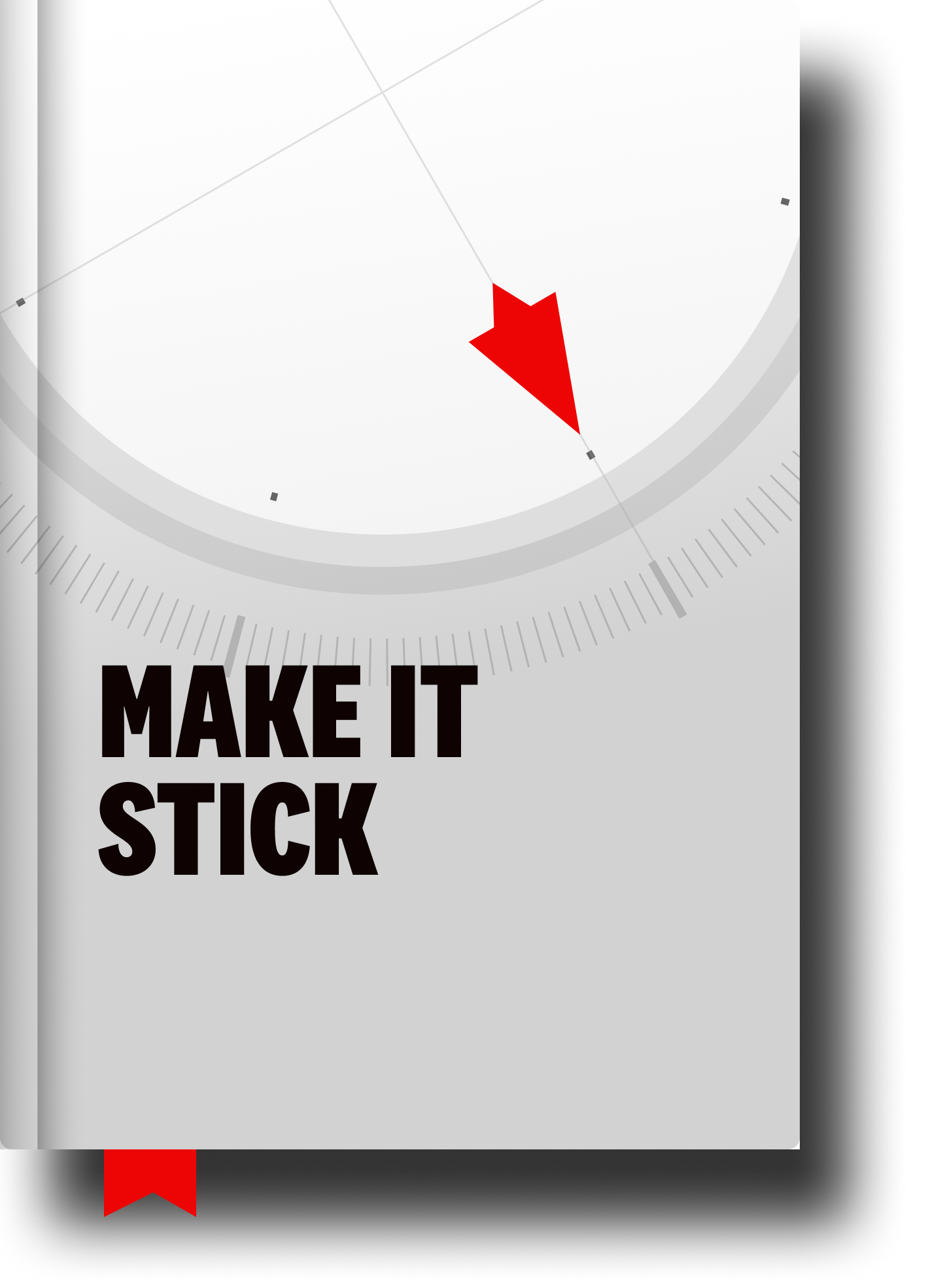 In Learning 101, we talked about a concept scientists call “interleaving.”

The basic idea is simple: If you want to learn something, you’re better off varying your practice rather than grooving one identical rep after another.

For example, they’ve done research on baseball players. If you throw someone 15 curveballs in a row then 15 fastballs they’ll FEEL like they’re doing really well, but they won’t actually be improving the skills they need for an actual game when they won’t know what’s coming.

Scientists call that the “fluency illusion” and it’s actually one of the greatest threats to effective learning.

The interleaving approach? A random assortment of fastballs and curveballs that keeps the batter constantly guessing and, thereby, developing the ACTUAL skills he or she will need come game time.

Of course, that doesn’t look as pretty or feel as good as the easier (more common) approach when you know what’s coming. But, alas, that’s where the learning occurs.

And, well, that’s what I was thinking about when I was practicing my Zen in the Art of Spear Throwing during one of my 15-minute breaks after a 90-minute Deep Work session. 🤓

I was throwing from one location—about 25 feet away—again and again and again. The Race distance is something like 20 to 30 feet and I occasionally backed up and did it from a further distance but then I realized I needed to make every throw from a different distance to “interleave” the distances and avoid any potential fluency illusion.

Check out our Notes on Make It Stick and How We Learn for more but know this: Whether we’re talking about math problems or basketball free throws, we’d be wise to VARY our practice.

For example, rather than do one type of math problem ten times in a row, mix it up with other types. Rather than shoot free throws from exactly the same spot rep after rep, move forward a bit, back a bit, to the right a bit, to the left a bit, etc. Sounds weird but, science says: It works better so…

What are you trying to master these days?

Any way to step out of the comfort zone of the fluency illusion and introduce a little more randomness to Optimize the rate at which you improve your skills?

High fives and let’s do this!