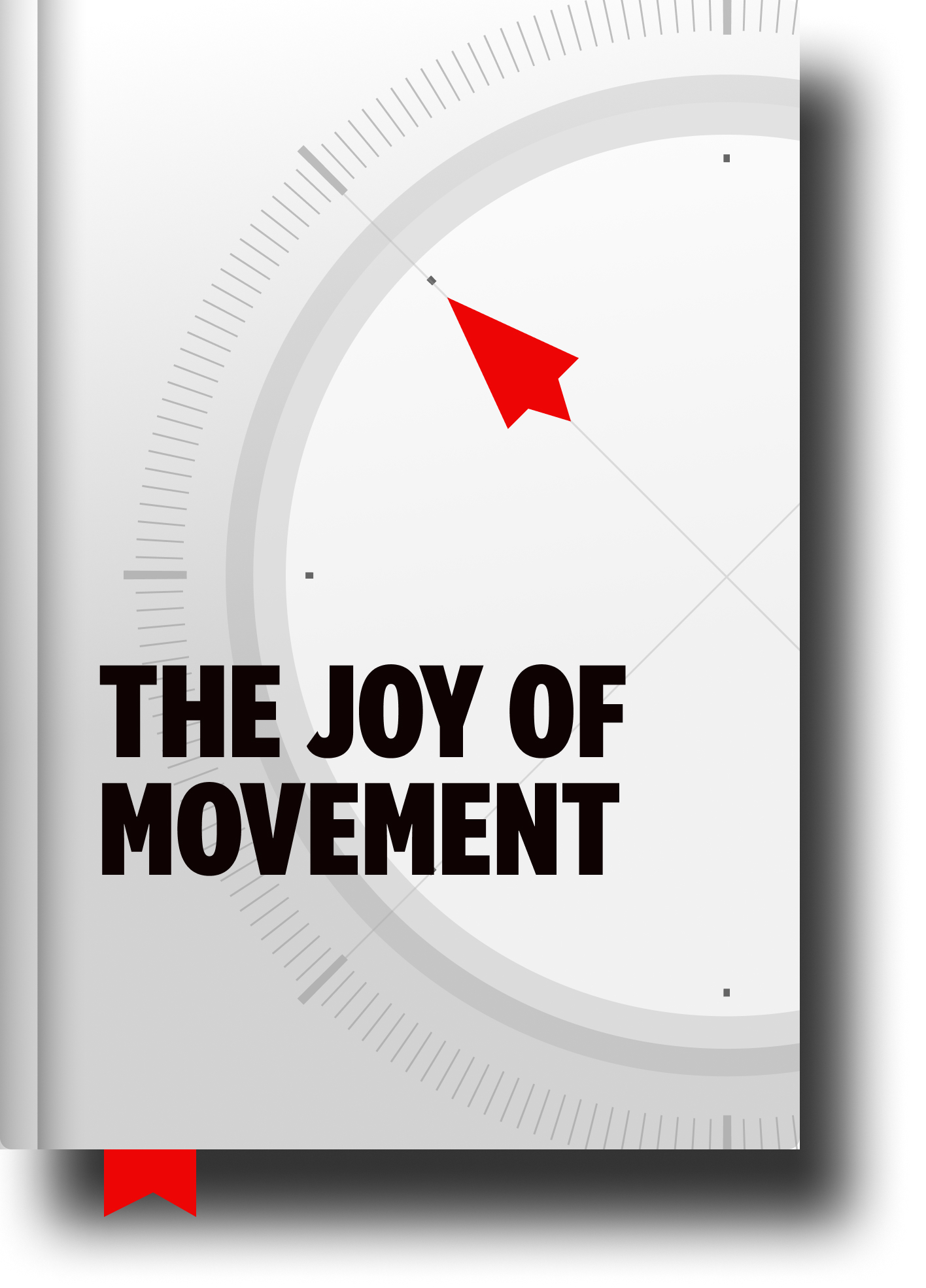 Let’s go back to Kelly McGonigal’s The Joy of Movement.

In addition to deepening my understanding of the science of WHY exercise/movement is SO ESSENTIAL and BENEFICIAL, I can’t remember reading a book that brought me to tears so many times.

Kelly shares a BUNCH of stories about everyday people that are astonishingly awesome.

Today I want to chat about one of the most inspiring moments in Olympic history that she powerfully shares.

The world-record holder in the 400 meters, Derek Redmond, is poised to medal. He missed the last Olympics due to an injury and this is big chance to rock it.

The semi-finals begin. He starts off strong.

Sixteen seconds into the race, Derek hears a loud pop. Later he’d say that he thought he got shot in the back of his thigh. In fact, it was his hamstring separating from his bone. OUCH.

He clutches his leg. Hops a few times. Then is brought to a painful stop.

All the other racers finish the race.

But he’s not done yet.

He gets up. Determined to finish the race. He’s painfully hopping on one leg.

That’s heroic enough but then something else happens.

A man comes bursting from the stands onto the track—pushing aside and waving away Olympic officials as he makes his way to Derek.

He embraces his son and supports him as they make their way to the finish line. His dad waves away more Olympic officials telling them, “I’M HIS FATHER!!!” Derek sobs into his dad’s shoulder.

Dead last in the race. First place in our hearts and souls.

(I hereby challenge you to watch THIS video and NOT get all misty.)

Kelly tells us that many people find Derek’s heroic grit incredibly inspiring—which, of course, it is.

But what she thinks is the deeper reason why we all love that scene so much (I seriously challenge you to not get misty watching the video) is the fact that, ultimately, we endure most powerfully TOGETHER.

We all need each other to show up as our best.

Let’s be the ones racing onto the track to be there for our loved ones who might have stumbled and hurt themselves.

Let’s be strong enough to accept help from others when WE stumble and injure ourselves.

Remembering the fact that we endure best TOGETHER.