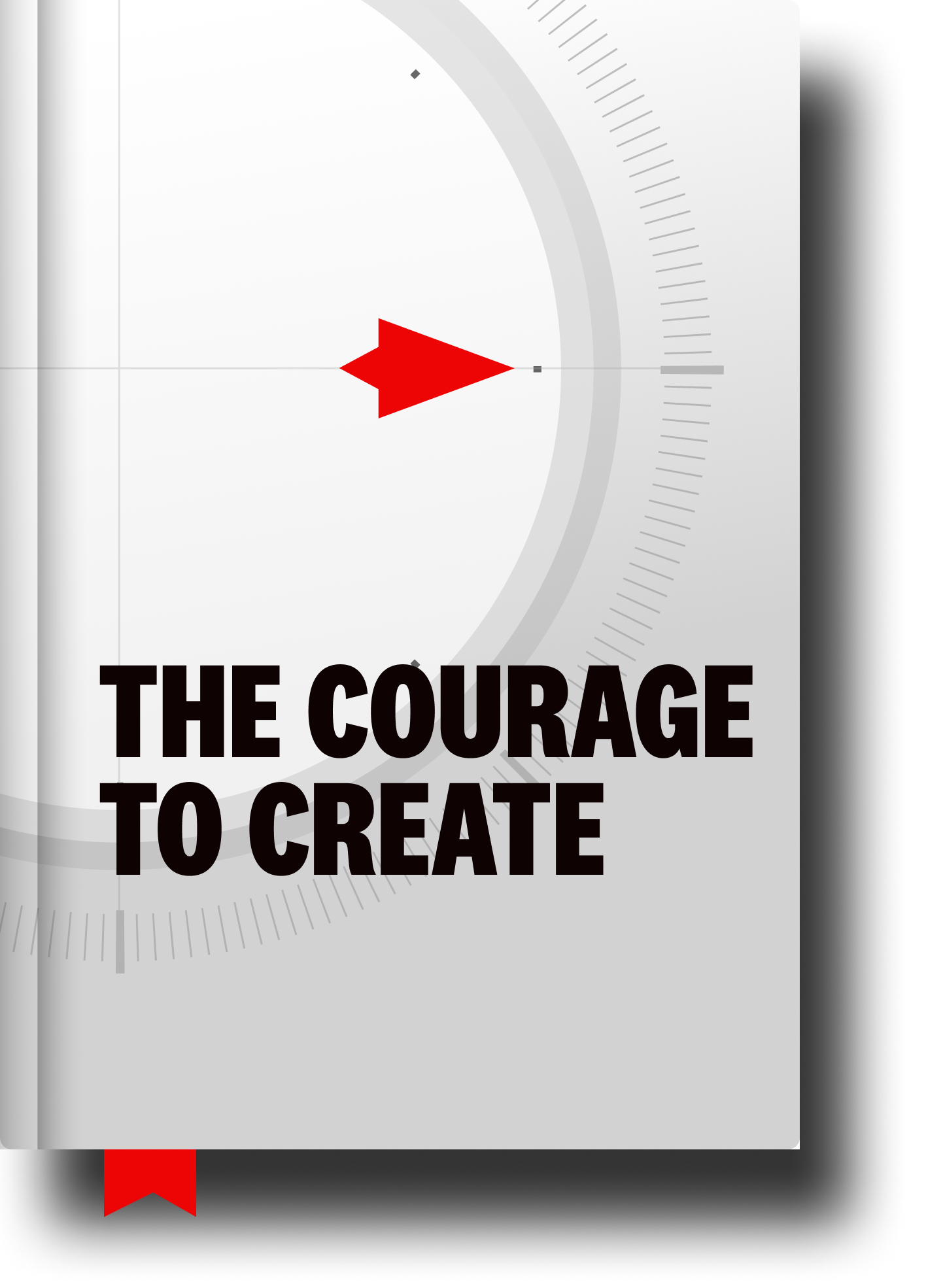 As we’ve discussed, if I had to summarize my entire philosophy in one sentence, one of Abraham Maslow’s gems would probably do the trick.

This need to self-actualize is, he says, as real as our need to breathe.

Twenty-five hundred years before Maslow, Aristotle talked about the same idea. He actually coined a word for that Force that’s driving us to actualize our innate potential. He called it “entelechy.”

Entelechy is made up of three little Greek words: en- ‘within’ + telos ‘end, perfection’ + ekhein ‘be in a certain state.’

Entelechy. Literally: To be moving toward perfection. ← Isn’t that beautiful?

Fast forward back to the 20th century and we have another preeminent psychologist chipping in to the discussion. Rollo May described the same force, only he made an important distinction in The Courage to Create where he tells us: “The acorn becomes an oak by means of automatic growth; no commitment is necessary. The kitten similarly becomes a cat on the basis of instinct. Nature and being are identical in creatures like them. But a man or woman becomes fully human only by his or her choices and his or her commitment to them. People attain worth and dignity by the multitude of decisions they make from day by day. These decisions require courage.”

Today’s +1. What is that Force of entelechy within you pushing you to become? And… How can you flex your courage muscles a little more today and confidently move in the direction of your actualization?

May the Life Force be with you.