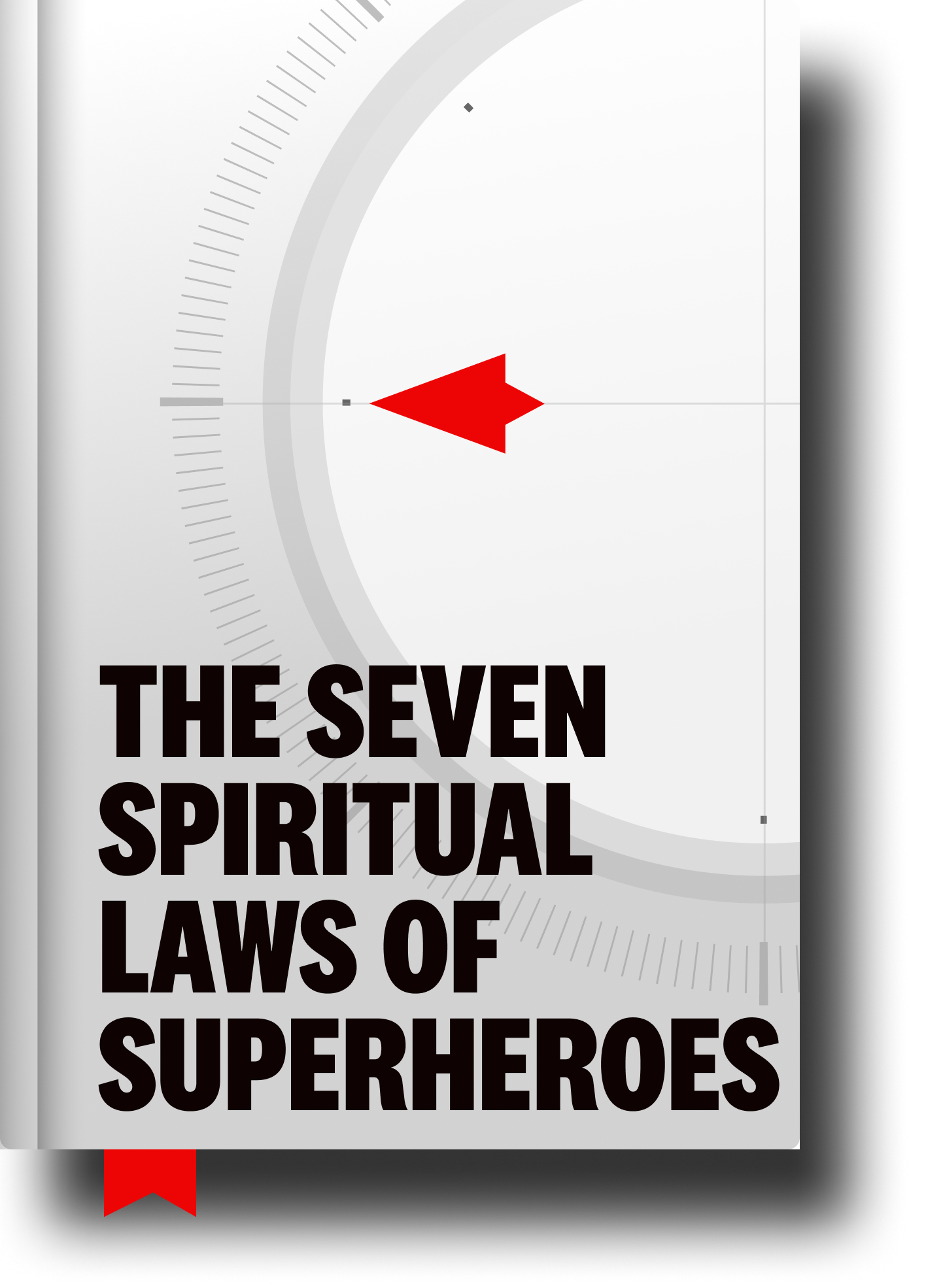 by Deepak Chopra and Gotham Chopra

In our last +1, we reminded ourselves of the fact that the ancient Greek word for hero didn’t mean “tough guy” or “killer of bad guys.”

Quite simply (echo!), a hero cares enough to do the hard work to build their strength to give the world all they’ve got.

And, of course (echo!), helping us express the best, most euadaimonically heroic versions of ourselves is what our work together is all about.

Today I want to revisit the same theme from a slightly different angle.

As it turns out, Deepak Chopra echoes this wisdom in a fun little book he wrote with his son Gotham. It’s called The Seven Spiritual Laws of Superheroes.

Here’s how he puts it: “For superheroes, love is not a mere sentiment or emotion. It is the ultimate truth at the heart of creation.”

Then Deepak tells us (and I really love this): “Buddha, or ‘the enlightened one,’ as he was known at this stage of his life to his disciples, proposed that there was a step more evolved than even enlightenment, or personal release from suffering. It was to share with others the wisdom gained and the experience of higher guidance, and in doing so elevate them to the same stage. Compassion in action. Love as the ultimate superpower encoded in total self-knowing and self-awareness.

Buddha called those who had evolved to this stage of sharing the ultimate truth bodhisattvas. It should be no surprise that the word bodhisattva translates as ‘heroic-minded one,’ or in common parlance ‘superhero.’”

How awesome is THAT?!

Enlightenment? Release from our own suffering? Sure, that’s nice.

But the step BEYOND that?

Being compassion in action. Using love as our ultimate superpower as we share the wisdom we’ve gained and help others actualize their virtuous potential.

Of course, thankfully, we don’t need to wait until we reach some “final” state of “enlightenment” before we start being heroic-minded-ones.

by Deepak Chopra and Gotham Chopra