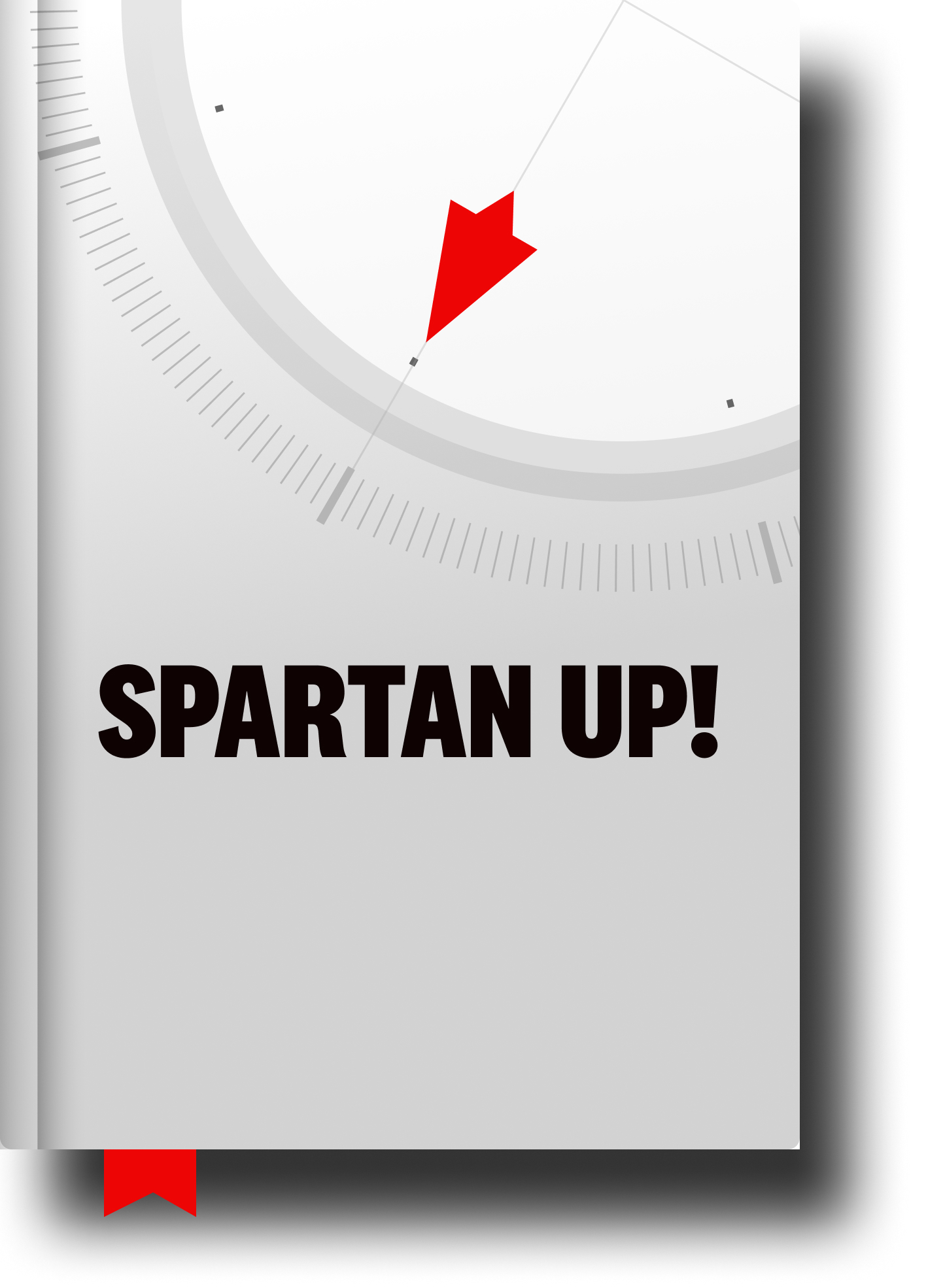 In our last +1, I introduced you to my new watch, Mr. Suunto, who asks me every day, “What direction are you headed today, sir?” To which I reply, “To the BEST version of myself, sir!” (We have a very nice rapport. lol)

We also checked in on you and YOUR direction.

Quick check in: What direction are YOU headed energy-wise?

Now, we should probably talk about WHY I’m upping my game. Yes, I want to Optimize my Energy for my Work and Love and all that but there’s something more.

I’m a little hesitant to share as it’s a pretty personal thing but (and I get misty as I type this), a) I feel like we’re close enough (I’m honored that you’re even reading or watching this), and b) Although Brené Brown tells us being vulnerable is what we LEAST like to be, she also tells us that being vulnerable is what we MOST want other people to be. (Need to do a +1 on that! 🤓)

I briefly mentioned that I ran into the Spartan World-Champion for guys over 50. Today, I’d like to share the story of how we met and how something clicked inside me that morning.

(Ultimately, as always, the story isn’t about ME per se. It’s about YOU and what we might be able to click within you…)

Short story: I’m on my Trail one Sunday morning. I’m cruising up the initial climb when I see a couple trying to take a selfie to capture the moment. I offer to take the picture for them. (I always do. It’s one of my micro-Love 2.0 practices.)

As I’m taking the picture, I notice that the guy is wearing a Spartan t-shirt. Awesome. Another Love 2.0 opportunity. I ask him, “What Race did you get that t-shirt from?!” He says, “Ah. I can’t remember!” To which I reply (deliberately trying to Love 2.0 it and celebrate his awesome): “Cool. What Race are you going to do NEXT?” To which he replies, “I’m going to do the Lake Tahoe World Championship Race next.”

To which I say, “Really? That’s awesome! Did you qualify for it or…?”

Note: My primary athletic goal right now is qualifying for that Race. That’s the standard I’ve set for myself to be “world-class”! (The Lake Tahoe Spartan World Championships are kinda like the Hawaii Ironman World Championships—you have to be REALLY good to even make it there.)

To which he humbly replies, “Well, I actually won the World-Championship.”

Followed by a huge high five and an amazing 10 or 15 minute chat in which I meet Chuck and his wife and learn that his son is also a Spartan Racer who won a Boston Spartan.

We talk about the Spartan set up I was planning to build in our backyard (and on my office ceiling—lol). He has ALL of the stuff I want to build already set up at his house. I get some tips and share a little about what I do. We trade contact info and joyfully part ways.

My internal dialogue goes something like this: “How cool is THAT guy?! Wow. World Champion. The best in the world for guys 50 and older. That’s amazing.”

It felt like the Universe kinda sorta dropped him there on my Trail as a kind of wink to challenge me to REALLY think about what it means to Optimize. As I tell you all day every day, the word optimize comes from the Latin optimus which literally means “the BEST.” Not necessarily the best in the world per se as that’s a somewhat arbitrary distinction that is outside of our control but the BEST we can possibly be.

So, I ask myself: What would THAT version of me REALLY (!!!) look like?

Then, as I continue running, Ellen Langer’s voice popped into my head. Langer is one of the world’s preemiment social psychologists. She’s at Harvard and studies the “psychology of possibility.”

She’s the one who brought old guys into her study and had them pretend they were decades younger and (goosebumps) within a week (!) their bodies started changing into a younger version of themselves. Crazy.

Anyway, she tells us that our potential is simply UNKNOWABLE. And that we put limits on ourselves way too easily.

Something clicked. I decided to put in the effort (within the constraints of my reality in which I prioritize my Work and my Love) to see what I’m actually capable of.

As I was running that morning, I also thought of my friend and mentor (and qi gong teacher) Michael Gelb. Michael is a qi gong master. He practices on his own every moment of every day. But… Every once in awhile he’ll go to his local dojo to do some “push hands” with guys half his age just to test how his qi is doing. The “competition” is a nice gauge of his practice.

All of that to say: That’s the new game. I want to see what my best truly looks like. I’ll be fifty in 5 and a half years. I wonder if my best could be good enough to be the best—a World-Champion Spartan Racer.

With THAT standard, I’m kinda upping my game. (Laughing.)

Of course, it’s a moment to moment challenge.

Which reminds me… Do know what the motto is for the United States Olympic Committee?

“It’s not every four years. It’s every day.”

I love that. But it all starts with REALLY high standards. And a goal worthy of us.

Join me in going for it?

Love and let’s do this!